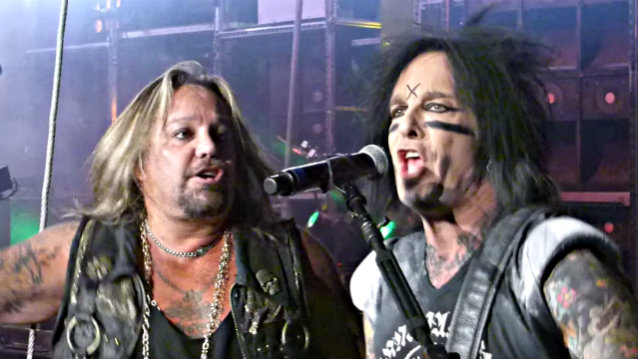 According to Billboard.com, box office for MÖTLEY CRÜE's "The Final Tour" sales total more than $28.5 million, based on Boxscores reported to Billboard since the tour launched in July. The sold ticket count totals 496,833 from 38 concerts at 17 sheds and 20 arenas during the run.

The trek launched on July 2, with ALICE COOPER and THE RASKINS onboard as special guests, and wrapped for the year in Spokane, Washington on November 22.

There are tentative plans for MÖTLEY CRÜE to end its "The Final Tour" by playing "couple of nights" in Las Vegas in late 2015 and finishing off with a few shows in the band's hometown of Los Angeles.

"Rumor has it, the last few shows are going to be Vegas and L.A., because we wanted to end in 2016 in Los Angeles where we started," singer Vince Neil told Las Vegas Weekly.

"After New Year's, we'll do three nights at one of the arenas in L.A.," Neil added. "And then do a special show at the Whisky a Go Go on our 35th anniversary."

MÖTLEY CRÜE drummer Tommy Lee recently told Rolling Stone: ""We want to finish where we started. There's talk about the Staples Centre and the Forum, though it might end with a 1 a.m. show at the Whisky. Fuck, we all used to live around the corner from that club."

While announcing the first details of "The Final Tour" at a Los Angeles press conference in January, the four members of MÖTLEY CRÜE revealed that they took the unusual step of having their lawyer draw up a formal "cessation of touring" agreement that goes into effect at the end of 2015 and prohibits the members of the group from going on the road again under the MÖTLEY CRÜE banner.

"The only loophole is if all four members agreed to break the contract," MÖTLEY CRÜE bassist Nikki Sixx said before adding. "There is no amount of money that would ever make me do it again. We'd have so much egg on our face." 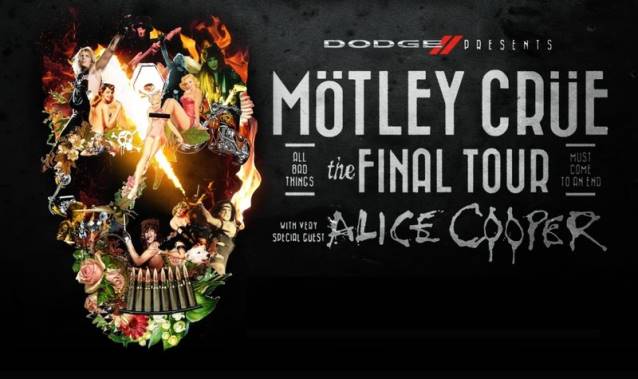