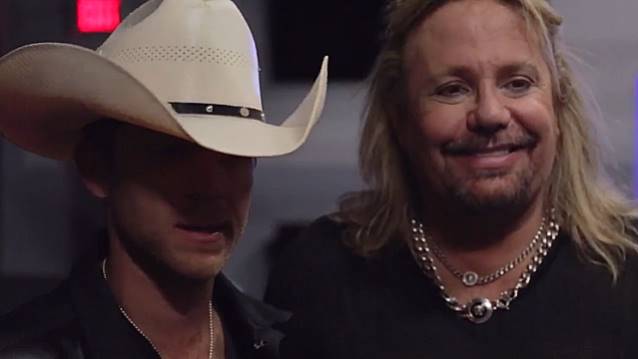 Behind-the-scenes footage from the making of the video for Justin Moore's version of "Home Sweet Home", featuring a guest appearance by MÖTLEY CRÜE's Vince Neil, can be seen below (courtesy of RollingStone.com). The final clip will make its online debut tomorrow, July 1

"We did not make this record for MÖTLEY CRÜE fans, but for country fans who are also rock fans," says MÖTLEY CRÜE bassist Nikki Sixx. "I believe that there's going to be a lot of synergy and excitement for MÖTLEY CRÜE fans hearing different artists covering their favorite songs. People will be surprised how these artists made the songs their own and we couldn't be happier with how the album turned out. It's been an amazing, positive experience and, as a lot of things we've done, a first in our career."

"It has been a blast becoming friends with the MÖTLEY guys and learning how much they appreciate the history of country music," says Justin Moore. "They are truly one of the most disruptive bands of their generation and I am honored to be able to cover one of my favorite CRÜE songs of all time, 'Home Sweet Home'. It has been pretty unreal singing with Vince Neil."

The record is a joint venture between Big Machine Records — home to country superstars such as Taylor Swift and Tim McGraw — and Mötley Records and Eleven Seven Music. Big Machine label group president and CEO, Scott Borchetta, is among the legion of country music fans who love MÖTLEY CRÜE. Borchetta says of the collaboration, "I have been a not-so-secret CRÜE fan from the beginning. When manager Chris Nilsson called with the idea for a tribute album on Big Machine Records, it was an immediate 'yes' from me! Our album will highlight just how great the MÖTLEY CRÜE song catalog is. At the end of the day, that's what will stand the test of time."

Neil recently admitted to The Tennessean that when he was first approached by management about the country-music tribute, he wasn't immediately sure it was a good idea.

"I was like, 'Eh, I don't know. Let me think about this one for a minute,'" he told The Tennessean. "The more I thought about it, the cooler it got, especially after Carrie Underwood did 'Home Sweet Home', and that was so good. I'm thinking to myself, 'How cool would it be to hear these other acts' renditions of the songs?'"

Until the country-music-tribute idea first came up, Neil hadn't heard of many of the artists who will appear on the set. "It's fun, because my girlfriend is a country girl," Neil said. "She's a barrel rider in the rodeo. When I showed her the names, she was like, 'Oh my God. Oh my God. Oh my God.' I'm like, 'Tell me, tell me. Fill me in.'"

He added: "I'm an old classic rock and roll guy. The really cool thing is I think a lot of people have heard of the name MÖTLEY CRÜE, but don't put the music to the face. I think it's going to bring a lot of fans that aren't MÖTLEY fans in. It will make them go, 'Oh yeah, I've heard that song before.'" 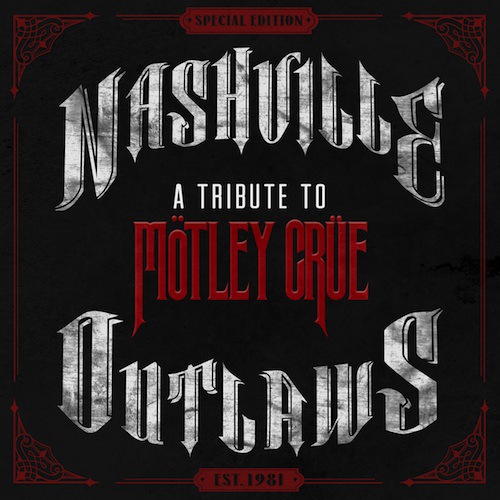