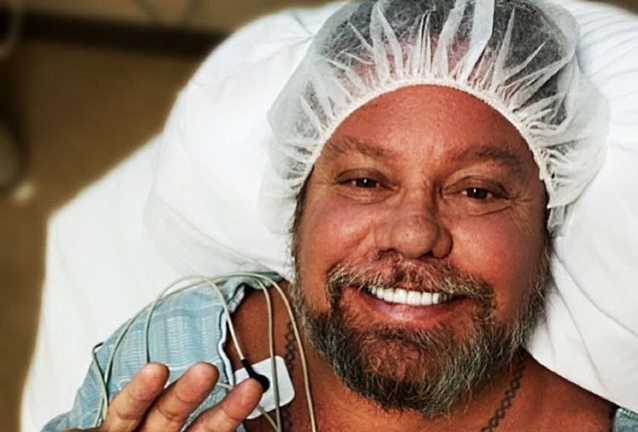 Neil shared an Instagram photo of him wearing a hospital gown and a hair cap, along with the following caption: "Hand Surgery Today!! #vikingdisease #Dupuytrenscontracture #nashville"

Based on Vince's hashtags, it appears that he was being treated for Dupuytren's contracture in at least one of his hands.

Dupuytren's contracture prevents curled fingers from straightening, and is known as "Vikings disease" because it is disproportionately found in people of Northern European descent.

Neil's operation comes less than two weeks after CRÜE announced it had blown up the "cessation of touring" agreement the band signed on January 24, 2014, that it said prevented the members from touring after their farewell tour wrapped in 2015.

CRÜE fans who shelled out for the "farewell" tour were led to believe that the group would never return after playing its final show on December 2015 at the Staples Center in Los Angeles. The band touted the signing of a pre-tour agreement as cementing the fact it truly was the end of CRÜE's life on the road.

But earlier this month, the band posted a video explaining that due to the group "becoming more popular than ever" and "gaining an entirely new legion of fans" in the four years they've been off the road, the CRÜE is coming out of retirement. They will reportedly embark on a stadium tour with DEF LEPPARD and POISON in 2020, but that has yet to be officially confirmed.