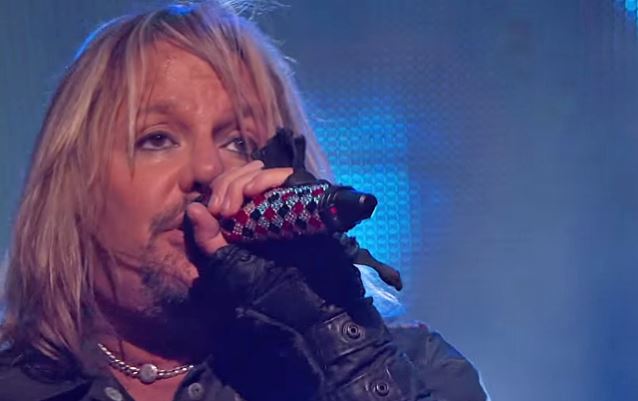 MÖTLEY CRÜE singer Vince Neil recently spoke to Oakland Press about the band's "The Final Tour", which kicked off last year and will end New Year's Eve at the Staples Center in Los Angeles after one more round of North American gigs.

"This is it," he said. "This is gonna be a big year, ending it with three days at the Staples Center, and saying goodbye on New Year's. That'll be it. We wanted to go out on top, and we're doing that."

"It's not really gonna hit anybody really hard until that last week, when we're really saying goodbye in Los Angeles," he added.

Neil, however, clarified that MÖTLEY CRÜE isn't calling it quits completely and will continue to exist as a band and as a business. The group might even record new music for possible inclusion in commercials or movies.

"We've never said we were breaking up; we just said we're not touring anymore," he said. "We're gonna be definitely making more music together for different projects and stuff. But right now we're really just focused on doing these shows this year and finishing with a bang."