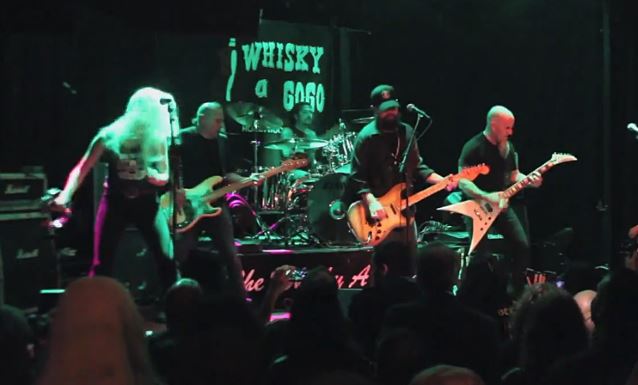 Guitarist Scott Ian (ANTHRAX),his wife Pearl Aday (daughter of actor/musician Meat Loaf),drummer John Tempesta (formerly of EXODUS, TESTAMENT, WHITE ZOMBIE, HELMET and other bands) and bassist Joey Vera (current ARMORED SAINT and FATES WARNING member, who was briefly in ANTHRAX) in 2013 joined forces with Jim Wilson, guitarist/vocalist of MOTHER SUPERIOR (who doubled as Henry Rollins' backing band from 1997 to 2003) and longtime Daniel Lanois bassist, to perform MOTHER SUPERIOR's music at a show in Ian's house as the guitarist's birthday present to himself. The project, called MOTOR SISTER, has since written and recorded a debut album, "Ride", which was released on March 10 via Metal Blade.

Video footage of MOTOR SISTER performing the "Ride" album track "Get That Girl" on March 11 at the Whisky A Go Go in West Hollywood, California can be seen below.

"I wanted to cherry-pick a set list of my favorite MOTHER SUPERIOR songs and get these guys together and have the concert at my house," Ian says of the event that eventually led to an album.

Enthralled at the idea of making a record of his favorite MOTHER SUPERIOR songs, Ian e-mailed producer Jay Ruston (ANTHRAX, STEEL PANTHER) and asked if he thought it was possible to recapture the same spontaneous energy MOTOR SISTER generated at their makeshift gig, and if an album could be recorded quickly. "He said, 'Yeah, we can make the record in two days and we can make it sound really good.' So that's what we did," Ian says. "A week and a half later, we made the record in L.A. over a two-day period. We recorded the whole thing live in the studio and the set-up was at my house."

He continues: "Jim was totally into the idea. Pearl was a huge MOTHER SUPERIOR fan from way back and was in. I asked my good friends Joey Vera and John Tempesta to be a part of it because I knew they were both big fans as well and with no hesitation they said, 'We're in.'"

Wilson, too, was stoked by the opportunity to dust off some songs he hadn't played since his L.A. rock trio broke up in the early 2000s after releasing eight albums and playing as Henry Rollins' backing band. "I definitely didn't need any arm-twisting," he says. "I was totally flattered and thought it was a great idea. I figured it would be fun and it was a great opportunity for a new chapter to be established in order to move forward."

The recordings from those two days are what became to be known as MOTOR SISTER's "Ride". 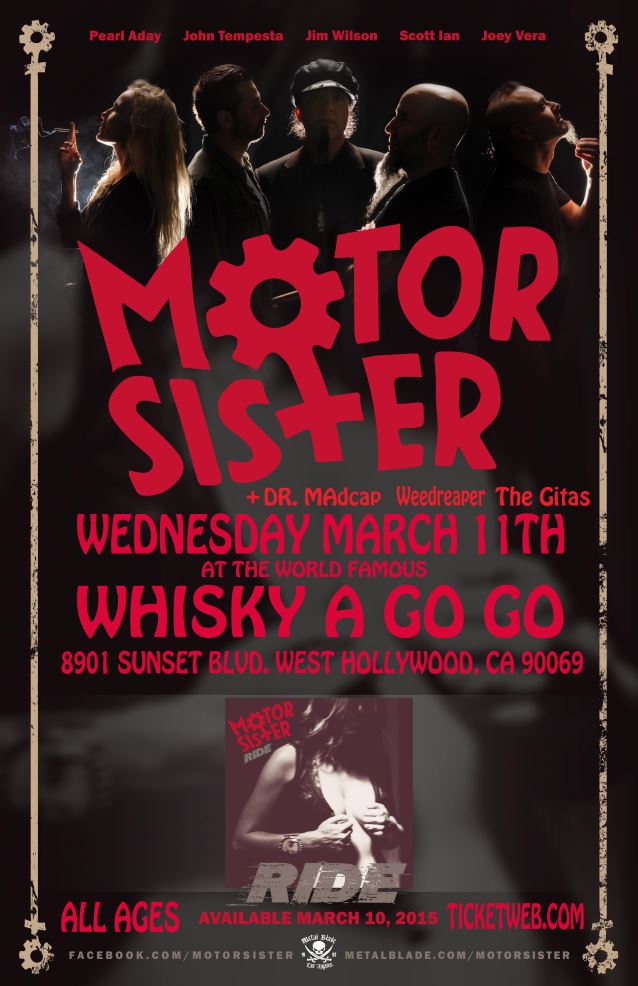