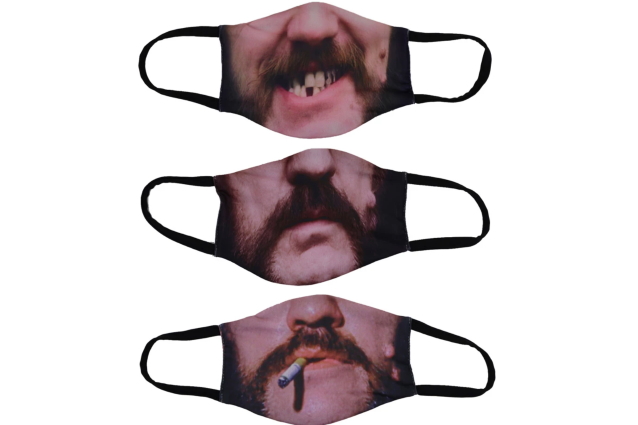 MOTÖRHEAD has released a "Faces Of Lemmy" three-pack, a package of three cotton masks with two ear loops and images of late frontman Lemmy Kilmister's face across the entire design. The set of face masks can be purchased from the band's official store for just $20.

This past June, it was announced that Lemmy will get the biopic treatment. The upcoming film, "Lemmy", will be directed by Greg Olliver, who previously helmed the 2010 documentary of the same name, "Lemmy".

"Lemmy" will go into production next year, with VMI introducing the film at the Cannes virtual market. It will follow Kilmister's life growing up in Stoke-on-Trent, becoming a roadie for Jimi Hendrix and a member of seminal psychedelic rock band HAWKWIND before forming MOTÖRHEAD.