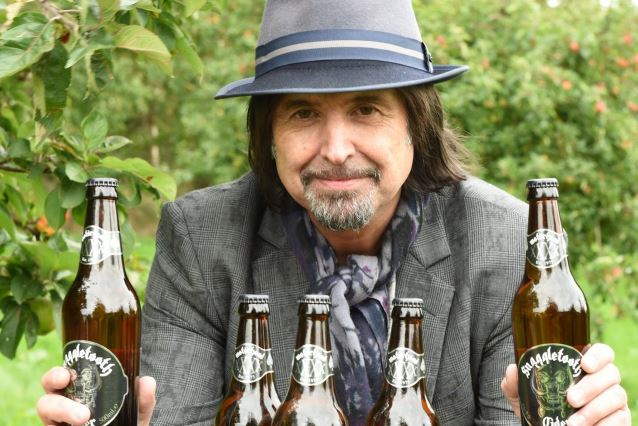 Global Brews has teamed up with Icon Beverages company and the rock band MOTÖRHEAD to launch a new apple cider.

Snaggletooth — named after one of the band's songs — is the result of 12 months' worth of development. A 5.5% ABV bottled cider, it is described as a "unique sweetened dry British apple cider, crafted with a juice blend of the finest Dabinet, Michelin and dessert apple varieties to give a perfectly balanced, refreshing taste.

"Created in tribute to and in celebration of the loudest rock music on the planet, Snaggletooth Motörhead Cider packs a real punch."

MOTÖRHEAD guitarist Phil Campbell said: "As a longtime cider aficionado, I am well qualified and proud to recommend this golden liquid."

Global Brews was formed in 2011 to support MOTÖRHEAD and other rock bands in the development of quality beverage products and has an expanding portfolio of "rocking beverages."

MOTÖRHEAD frontman Lemmy died last December at the age of 70. He told The Guardian earlier in the year that he had changed his lifestyle by swapping from Jack and Coke to vodka and orange, apparently to help with his diabetes. "I like orange juice better," he said. "So, Coca-Cola can fuck off." 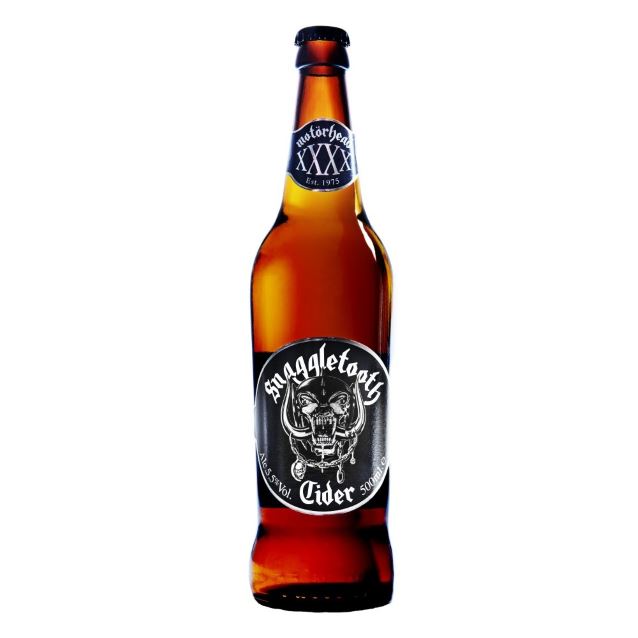