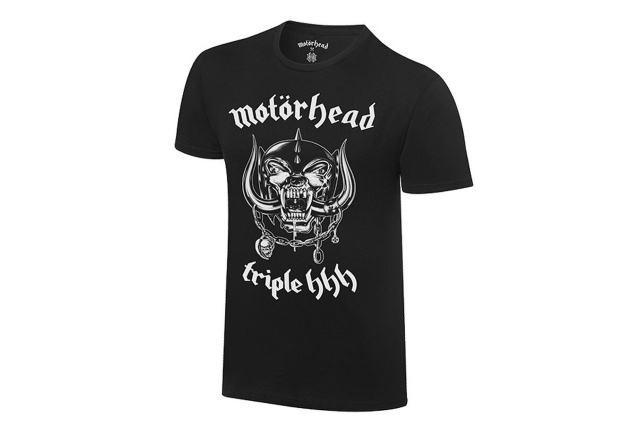 MOTÖRHEAD Teams Up With WWE For New Product Line

Not every WWE wrestling superstar becomes synonymous with a heavy metal band, but Triple H isn't every WWE superstar.

Throughout his remarkable 25-year tenure in WWE, Triple H has won 14 world championships, engaged in countless five-star classics and led unforgettable groups such as D-Generation X, Evolution and The Authority to enormous success. And he accomplished most of that while entering the squared circle to the headbanging sounds of MOTÖRHEAD.

Now, Triple H and MOTÖRHEAD are once again together in the form of this new product line, available at WWE Shop. Among the smorgasbord of must-have products, the WWE Universe can find a limited-edition vinyl album of MOTÖRHEAD's "Evolution Of The Game", snug hooded sweatshirts, and eye-catching t-shirts to celebrate Triple H's birthday in style.

Don't miss your chance to rep one of the greatest and most accomplished superstars in WWE history and one of the most influential heavy metal bands at the same time.