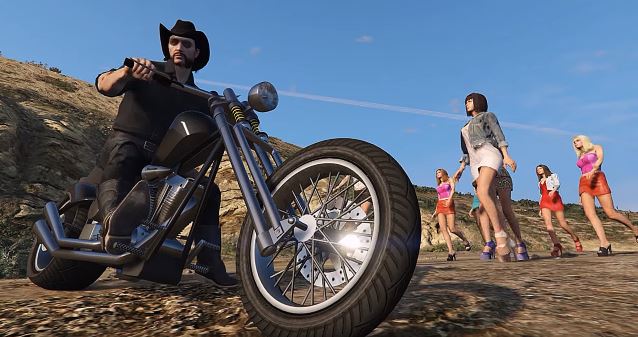 Late MOTÖRHEAD frontman Ian "Lemmy" Kilmister has been immortalized in the form of a character in Grand Theft Auto V. You can now play the game as Lemmy himself and can do things that Lemmy enjoyed, including smoking, drinking, and playing guitar. There is even the option to spawn prostitutes who follow Lemmy around, if you're into that sort of thing.

Lemmy, who celebrated his 70th birthday on Christmas Eve (December 24),learned two days later that he was afflicted with an aggressive form of cancer. He died on December 28 in Los Angeles.

MOTÖRHEAD was revered by both metal and punk fans, and Lemmy was considered an icon for his musical talent and his embodiment of the rock and roll lifestyle.

Lemmy had been dealing with serious health issues for the past two years, including getting a pacemaker in 2013 and suffering from a hematoma in 2014. But despite 40 years of hard living and drinking, he continued to tour and record at a feverish pace.