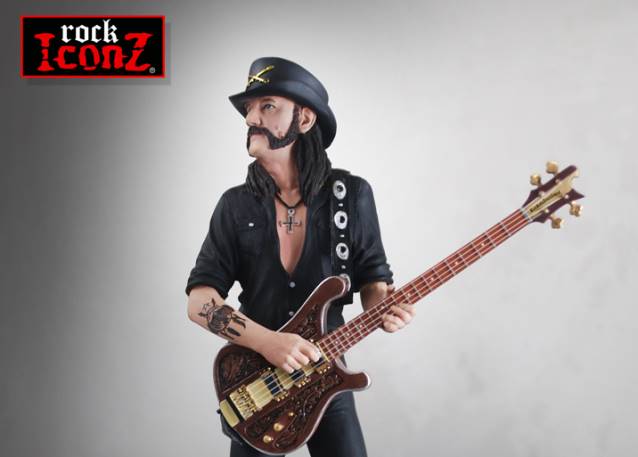 KnuckleBonz, creator of the Rock Iconz music collectible series, has announced that they have entered into an agreement with Global Merchandising Services, who represent the worldwide merchandising rights for Lemmy Kilmister of MOTÖRHEAD. KnuckleBonz will be producing a high-end, limited-edition collectible statue of Lemmy.

"We are very excited to be working with KnuckleBonz and we look forward to a long and successful partnership," said Tracy Stone, president of Global Merchandising USA.

"Lemmy has done something few musicians have," says Tony Simerman, president and creative director of KnuckleBonz, Inc. He explains, "MOTÖRHEAD's fusion of punk into hard rock was the original speed that excited audiences and blurred the lines such that loyal fans did not care about defining the music into a category; it was just 'MOTÖRHEAD.'"

"Lemmy helped change the face of all rock music. MOTÖRHEAD's spark ignited speed metal and thrash forever. Our goal at KnuckleBonz is to capture Lemmy as he appears during a performance. We are longtime MOTÖRHEAD fans and are particularly excited about creating his Rock Iconz statue," says Simerman.

The Lemmy / MOTÖRHEAD Rock Iconz statue captures Lemmy's likeness in amazing detail. The KnuckleBonz team of artists focused their attention on getting the image and likeness correct along with attention to developing the detail in his tattoos, his iconic boots and his signature hat. The War Pig sculpted at the base of the statue adds perfectly to the overall vibe and design of the statue.

Pricing and availability: The Lemmy / MOTÖRHEAD Rock Iconz statue stands nine inches tall on top a wooden display base. The figure is limited to only 1000 worldwide and sells for $125 direct from KnuckleBonz at www.knucklebonz.com. 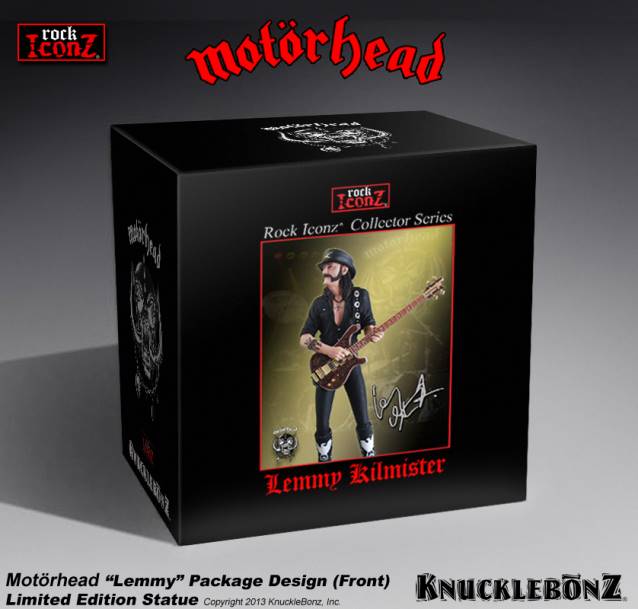