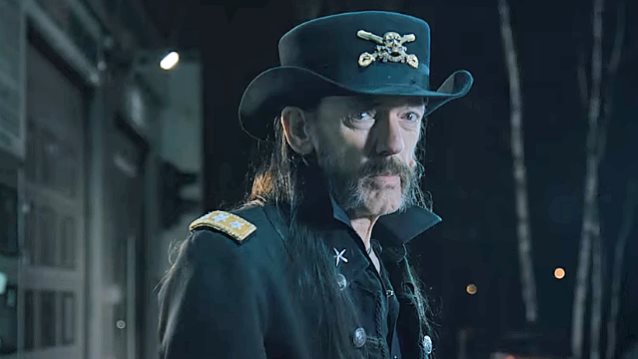 Lemmy's manager, Todd Singerman, told Rolling Stone that when doctors told the singer that he had two to six months to live following the discovery of tumors on his brain and neck, he said, "Oh, only two months, huh?" The doctor responded, "There's nothing anyone can do. I would be lying to you if I told you there was a chance."

Singerman was going to keep it private, but Lemmy told him to make it public, adding that he wanted people to know. The plan was to put out the release after family and friends were contacted, but the end came sooner than anyone thought. "Here's the shocker for me and everyone else," said Singerman. "He's been to a thousand doctors and hospitals throughout the world, but nobody caught this. To be told you have terminal cancer with all the blood tests he's taken in his life and everything else? It's very hard to grasp that. It's not like he had a chance here. This was outright: 'You got no more than six months.'"

Singerman and members of the band's organization had noticed in recent days that Lemmy was having trouble speaking and seemed completely exhausted.

Lemmy had dealt with several health issues over the past few years, including heart trouble, forcing him to cut back on his famous smoking and Jack Daniels habits.

Asked if his illness has made him more aware of his own mortality, Lemmy previously told Classic Rock magazine: "Death is an inevitability, isn't it? You become more aware of that when you get to my age. I don't worry about it. I'm ready for it. When I go, I want to go doing what I do best. If I died tomorrow, I couldn't complain. It's been good."

With their raw, uncompromising sound, MOTÖRHEAD never became a major commercial success, but Lemmy and his cohorts remained a popular live attraction for the next several decades while winning a Grammy in 2005 and recording a total of 22 studio albums. The most edition of the band, featuring guitarist Phil Campbell and drummer Mikkey Dee, spent 22 years together, releasing its now-final album, "Bad Magic", last year.