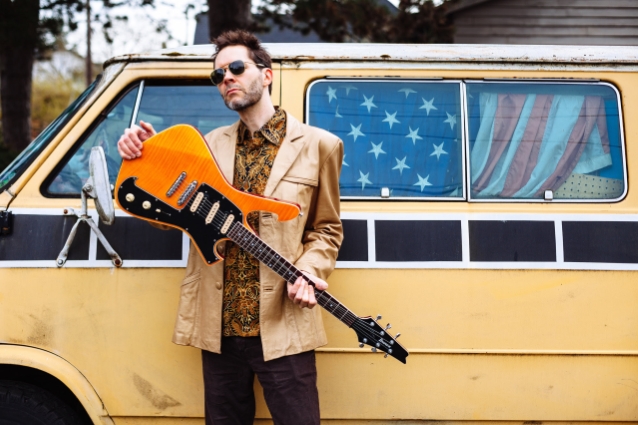 "A Herd Of Turtles", the new video from Paul Gilbert, can be seen below. The song is taken from his latest album, "Behold Electric Guitar", which came out on May 17 via Music Theories.

"How do you know when you've gained your producer's trust?" Gilbert says. "You ask him this question: 'Hey John, can you set up a vocal mic? I want to recite a poem about turtles in a Ringo Starr accent, and then launch into a ferocious groove with the band, and then back to the Ringo part, and then back to the ferocious part a few more times. We'll cut it all live too.' To which John, the producer, replies, 'Sure!'

"I waited until the end of the 'Behold Electric Guitar' recording sessions to record 'A Herd Of Turtles', as I knew the unusual arrangement might raise some eyebrows. But, as I had hoped, the band, my producer John Cuniberti, and I were a tight musical unit by that time, so I knew that a wild experiment might have a chance.

"'A Herd Of Turtles' is the only song on 'Behold Electric Guitar' that is not strictly instrumental. But instead of singing, I am reciting a poem. My poem is about overcoming challenges. The turtles want to escape a tedious lifestyle. The rabbits want not to be eaten by the fox. And the musician (me!) wants to find a way to play music, even when faced with severe hearing loss. In my poem, we all find a way.

"I tried reading the poem in my normal speaking voice, and it just didn't feel right. My instincts told me that 'Ringo' was the solution. And after I put myself in a Liverpudlian frame of mind (and voice),everything worked much better.

"The music is the most relentless rhythm groove I could think of. Normally, I can get through a whole show with one guitar pick. But this song destroys a pick in three minutes!

"On a more serious note, my challenges with hearing loss are certainly an interesting journey. The surprising upside is that my difficulties in hearing have motivated me to know my guitar fretboard better. My playing has become much more melodic and intentional as a result. My
'Inner Melodic Generator' is the best that's it has has ever been! As I say in the poem, 'I listen to the music that I can hear INSIDE.'"

After his recent move to Portland, Oregon, Paul set out to connect with the best and grooviest musicians in the area, and record an album in his brand new hometown. Brian Foxworth (drums) and Asher Fulero (keyboards) were both obvious choices to play Paul's mix of rock, blues, jazz, and pop flavors. When Paul's regular Portland bassist Kelly Lemieux was unavailable (due to his touring with BUCKCHERRY),Paul reached out to New Orleans bass legend Roland Guerin. Roland came to Portland weeks before the recording dates for intense rehearsing and arranging sessions.

With the band complete, Paul enlisted legendary producer and engineer John Cuniberti. John is well known for his work with Joe Satriani, but Paul was primarily interested in John's expertise with "one mic" recording. Paul explained: "It's so easy to make albums with overdubbing and editing these days, but I really prefer playing live and just getting the music to sound right because the musicians, the songs, and the performances are good." After hearing Paul's band, John recommended a few more mics, but still agreed that the music worked best as live performances with no overdubs. "There is not one overdub on the record," he said. "Everything you hear is four guys jamming, listening to each other, and making room for each other. The music almost mixes itself that way! And it's just a great mindset to have. When you know that you won't be fixing or adding parts later... It keeps your mind very active to get things right!"

Paul will be touring with his band this year to support "Behold Electric Guitar". 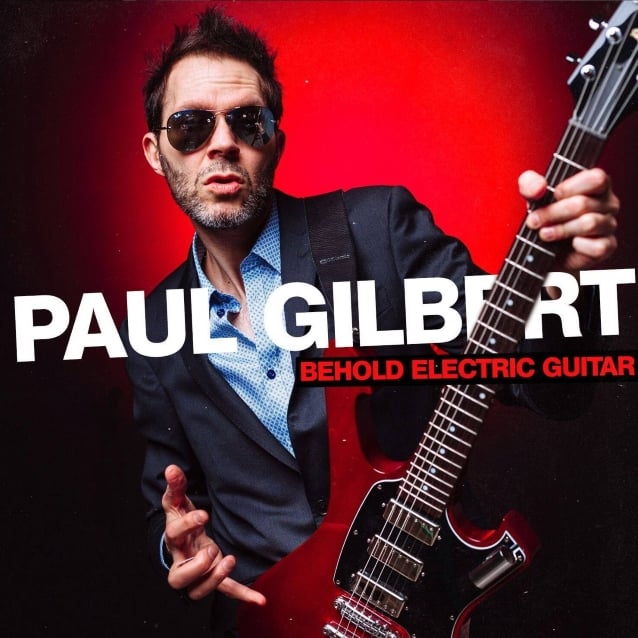