Video footage of the press conference and performance can be viewed below.

MR. BIG'a June 20 concert at Budokan in Tokyo will be filmed and recorded for an upcoming DVD and CD.

Billy Sheehan told MusicRadar about MR. BIG's decision to reunite for a tour of Japan, "We got together last fall. It was just one of those things, the timing was right. We played a gig at the House Of Blues in L.A. and we smoked the joint. Afterwards, we all kind of looked at one another and were like, 'OK, that was cool...Now what?'"

He continued, "The way I look at it is, it's like getting back with an old girlfriend. But because you want to, not because you have to. All of us are doing fine in our solo careers. This is something that felt right, and after that one gig we were like, 'We should do more of these. This was fun!'

"We're in this to play and have a good time. When you consider the amount of rehearsals you have to have with a band, how much time you have to spend together, how many hours you have to sit on planes and backstage and whatever, there's no amount of money that can make it worthwhile unless you really want to do it."

Paul Gilbert left the band in 1997 to pursue a solo career and eventually reform RACER X. Richie Kotzen, another Shrapnel artist and former guitarist for POISON, was brought in to take on guitar duties, also contributing occasional vocals. Two studio albums were released by this lineup — "Get Over It" in 2000 and "Actual Size" in 2001, which featured the single "Shine", used as the ending theme in the animation series of "Hellsing". 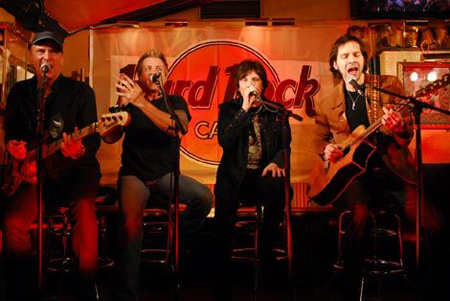 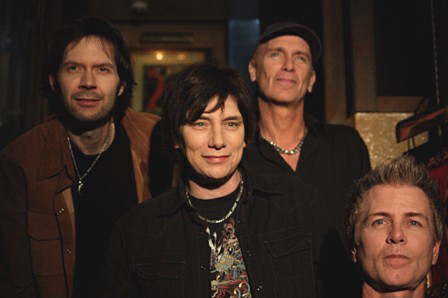