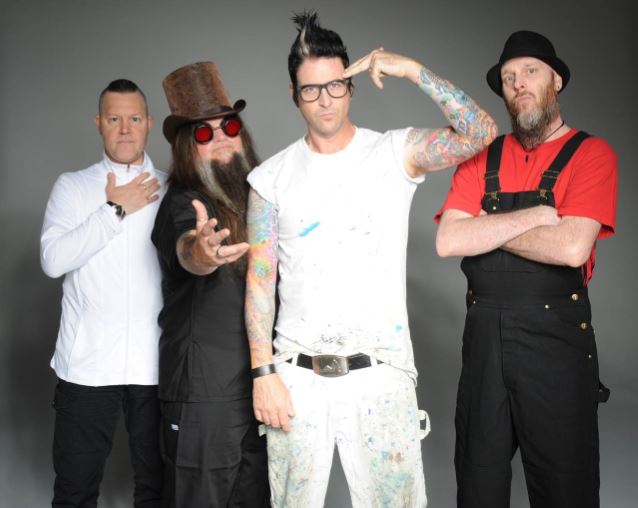 "AUDIOTOPSY is the band that has been waiting to happen," says Greg. "All the stars aligned and here we are. It's some of the best music I've been a part of. We all cannot wait for everyone to hear it and we're excited to join forces with Napalm to make it all happen! See ya on tour!"

Adds Napalm Records vice president Thomas Caser: "We are thrilled to announce that AUDIOTOPSY has signed with Napalm Records! All of the members have already left their mark on the music scene with different groups before and we're glad to be part of the AUDIOTOPSY story that will certainly follow suit! The debut record will be released later this year and leave no doubt that this is a highly creative and innovative group of musicians."

Extensive tour plans are in the works for what will undoubtedly be a very busy remaining 2015 and beyond in support of the new album.

Billy says: "From the first few notes I knew this was going to be killer. The chemistry happening just took over and spawned this sound, this animal. I'm super stoked to get this music out, and to get this band on tour. Let the madness begin."

Tribbett previously described the musical direction of AUDIOTOPSY's debut album as "everything you want in a record... heavy, melodic, atmospheric, big, hooky riffs/singalongs as well."

HELLYEAH and MUDVAYNE singer Chad Gray told Songfacts in a recent interview that he doesn't know if the latter group will ever work together again. Asked if there was a chance for MUDVAYNE to regroup, Gray said, "I don't know if the full band will. Who knows — they might be putting something else together. We were talking for a while and that whole Greg thing went down and everything kind of fell apart."