MUSHROOMHEAD Announces 'Summer Of Screams Tour' With POWERMAN 5000, THE BROWNING, Others

The "Summer Of Screams Tour" will run for 25 shows across North America, beginning on August 17 and running until September 15. Tickets are set to go on sale Wednesday, June 6 at 12 p.m. ET / 9 a.m. PT.

"The replacements for both members have been in place for quite awile, the new singer was even endorsed by Mr. Nothing. 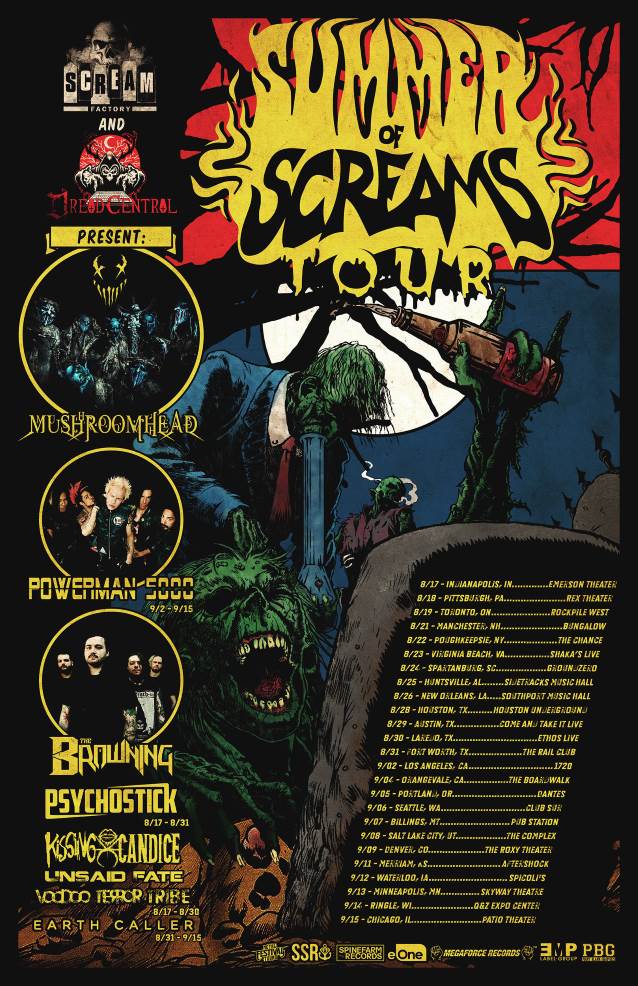