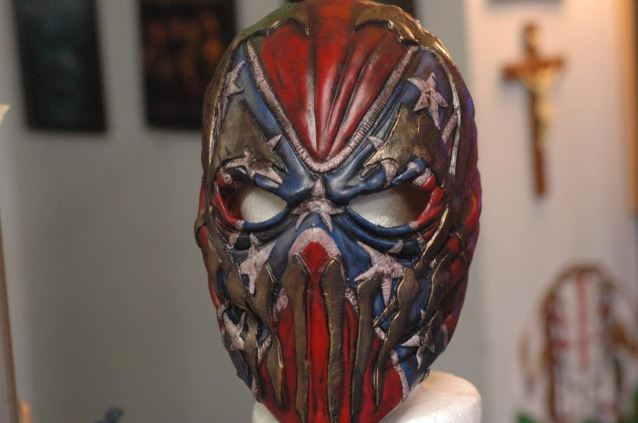 MUSHROOMHEAD Defends Use Of Confederate Flag On Merchandise

Ohio metallers MUSHROOMHEAD have defended their decision to prominently feature the Confederate flag — also known as the rebel flag — on their t-shirts and other merchandise, explaining that "a true rebel stands up for what they believe is right, not against what's right."

The Confederate flag's symbolism is the subject of an emotional debate in the South in the aftermath of the massacre of nine blacks by a white gunman in a Charleston, South Carolina church in June.

In a post on its Facebook page, MUSHROOMHEAD offered the following explanation for why the band's merchandise, including the newly released "The Rebel" mask (see photo above),will continue to feature the "rebel" flag:

"A rebel is a person who stands up for their own personal opinions despite what anyone else says. A true rebel stands up for what they believe is right, not against what's right. It's not about smoking crack, drinking till you're rendered unconsious, or beating the crap out of anyone that crosses your path. It's all about being an individual and refusing to follow a crowd that forces you to think the same way they do even if it means becoming an outcast to society. True rebels know who they are and do not compromise their individuality or personal opinion for anyone. They're straightforward and honest and they will sure as hell tell it like it is."

Former PANTERA and current HELLYEAH drummer Vinnie Paul Abbott recently said that the controversy over the Confederate flag was merely a "knee-jerk reaction to something that happened" and it encroached on people's freedom-of-expression rights. He said: "This country was built on freedom of speech and freedom of expression, and when you can no longer do that, then it is no longer based on that, you know. It's a touchy thing, you know, and that's really all I'm going to say about it. I just think that it doesn't follow what the country was built on [and] what it was based on. To me, that blows, but that's how it, is man." 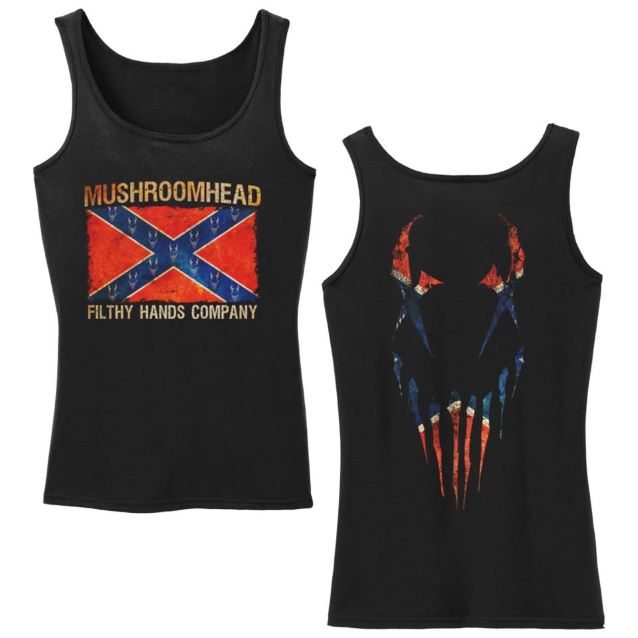