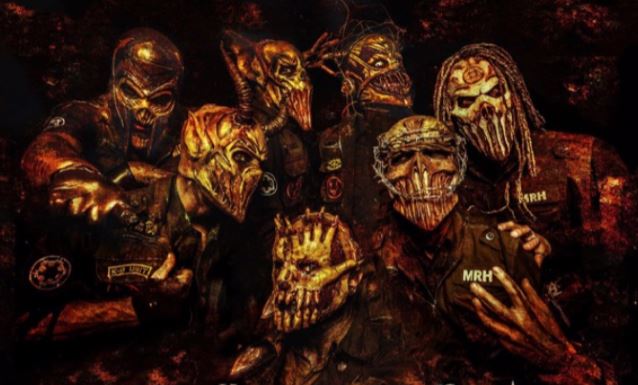 Guitarist Tommy Church has announced his departure from MUSHROOMHEAD. The musician, who had been with the band since 2012, released a statement last night in which he said: "It is with a heavy heart tonight I announce that I have left MUSHROOMHEAD. I will miss all the crazy, loyal and most amazing fans and family I have made over the years and you will always have a special place in my heart. I wish MUSHROOMHEAD well in turning the page to this new chapter of life. It was an amazing adventure!"

Tommy told Guitars For Musicians in a 2014 interview that it was "very exciting to be able to write and record with such skilled musicians." He also said that "being a part of the MUSHROOMHEAD camp, which has been around for over 20 years, is an honor."

Tommy admitted that he had to adjust his playing technique for MUSHROOMHEAD when he joined the band six years ago. "I've never played a seven-string guitar prior to joining 'SHROOM," he said. "So that was a big learning curve getting used to that particular instrument and still learning. But being able to write songs and play the 'SHROOM catalogue helped out a lot, particularly being a part of the old-school shows. Performing songs from when the band first began really opened me up to 'SHROOM's style."

Church is the second MUSHROOMHEAD member to announce his exit the band in as many days. On Wednesday, MUSHROOMHEAD co-vocalist Jeffrey Nothing, also known as Jeff Hatrix (born Jeffrey Lewis Hetrick),said he was leaving the Cleveland, Ohio metal band he co-founded in 1993 with Steve "Skinny" Felton.