This past Valentine's Day, Cleveland masked metallers MUSHROOMHEAD kicked things into high gear with the reveal of their first ever grindhouse-style "Shroomhouse" double feature: a 25-minute trip inside the minds of the masked madmen featuring two extravagant new music videos for recent fan favorites "Carry On" and "Madness Within". Both clips can now be viewed below.

The "Shroomhouse" double feature not only included the aforementioned music videos, but also twisted film trailers, cinema featurettes and more, all produced by the distorted minds of the members of MUSHROOMHEAD themselves.

MUSHROOMHEAD's eighth album, "A Wonderful Life", was released in June 2020 via Napalm Records. The follow-up to 2014's "The Righteous & The Butterfly" is accented by the sharp production of MUSHROOMHEAD mastermind and drummer/percussionist Steve "Skinny" Felton, as well as the standout mixing prowess of Matt Wallace (FAITH NO MORE, 3 DOORS DOWN),also recognized for his work on the band's classic offering "XIII".

"A Wonderful Life" was MUSHROOMHEAD's first album since the March 2018 departures of longtime vocalist Jeff "Jeffrey Nothing" Hatrix and guitarist Tommy Church. They have been replaced by Steve Rauckhorst and Tommy Shaffner, respectively. Longtime touring vocalist Jackie LaPonza was also named a permanent member.

"Those guys have been in the Cleveland scene for like 20 years and we've been friends forever," Skinny explained to American Songwriter. "They were actually part of our road crew 17-18 years ago, so there was no getting to know you period. We've all been on buses stuck with each other overseas and same with Jackie, she's been touring with us for over six years, so it was easy to work with all three of these guys. It was a seamless transition." 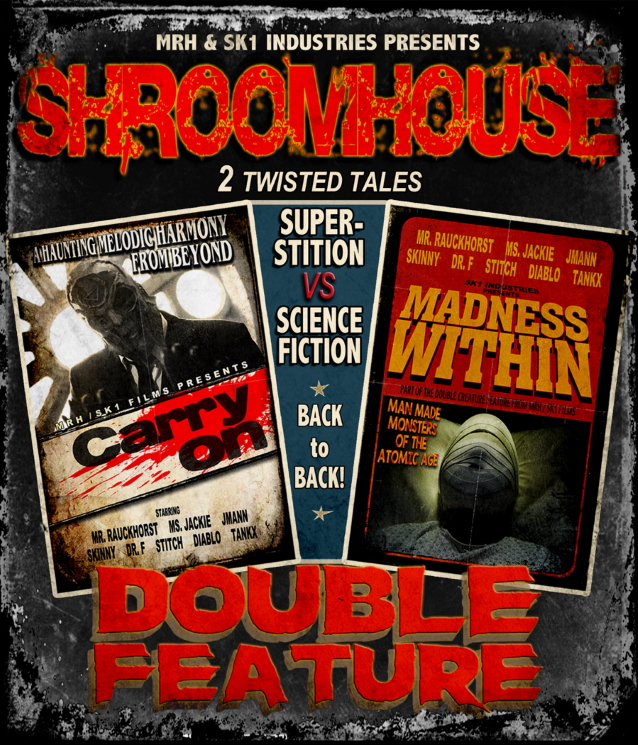