ALTER BRIDGE and SLASH FEATURING MYLES KENNEDY AND THE CONSPIRATORS vocalist Myles Kennedy will embark on a "socially distanced" solo tour in June.

Kennedy's sophomore solo album, "The Ides Of March", will be released on May 14 via Napalm Records.

We are happy to announce that we will be hitting the road in honor of my new album #TheIdesOfMarch, on this socially distanced tour!
Tickets for the headline shows are on sale NOW - Tickets for the shows with Halestorm are on sale this Friday at https://t.co/7whaV7MRE5pic.twitter.com/0CojQmnO6d 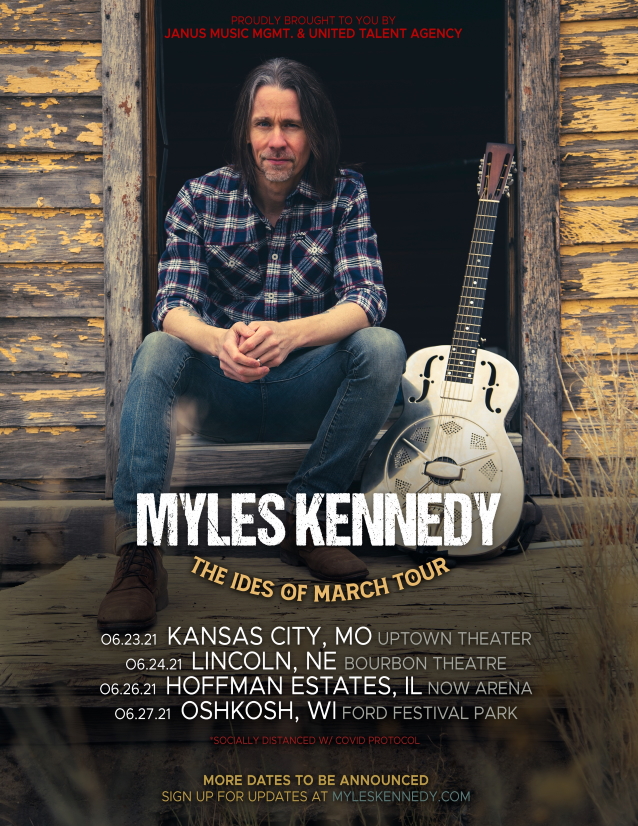