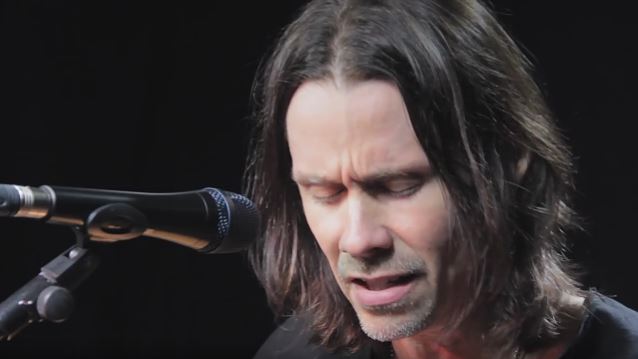 Singer Myles Kennedy, who has fronted Slash's solo band since 2010, was asked in an interview with Music Life magazine if there is a future for the group, dubbed SLASH FEATURING MYLES KENNEDY & THE CONSPIRATORS, now that Slash is off touring with the reunited GUNS N' ROSES. Kennedy responded: "We usually have this sort of thing planned out well in advance. I think I knew, as did the rest of the CONSPIRATORS by the fall of last year, about the GN'R reunion."

But Kennedy added: "We actually had communication about a month or month and a half ago about reconvening in the next year to 18 months. So the door is definitely open.”

Kennedy, who also sings in ALTER BRIDGE, revealed what he learned from working with Slash over the last few years, saying: "When we're preparing for a tour or a record, he will rehearse something over and over and over again. He just burns it into his brain. I've seen how that can have a positive impact on a performance and how a song comes across… I work that much harder because of it. He's instilled a certain work ethic for sure. He's amazing."

Slash once told The Pulse Of Radio something along the same lines about Kennedy. "You know, Myles is pretty interesting," he said. "I mean, he sings great, he's a great lyricist, all he does is work, he loves to tour. He works constantly, but when he's not working onstage he's working in his room, writing stuff and, you know, in the studio he's always there. So he's sort of odd. [Laughs]."