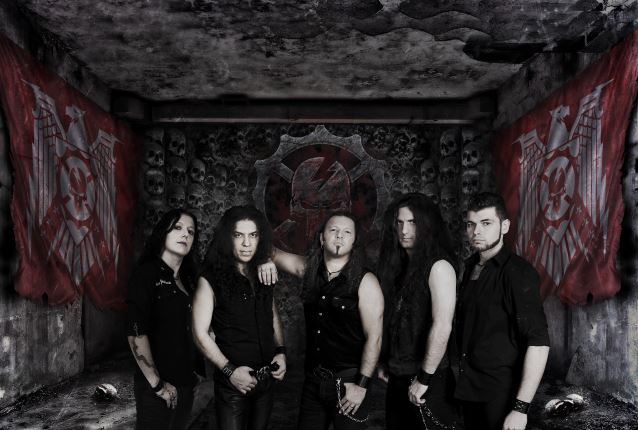 German metallers MYSTIC PROPHECY will release their ninth studio album, "War Brigade", on March 18 via Massacre Records. The CD was recorded at the Prophecy & Music Factory Studios with singer Roberto Dimitri Liapakis once again sitting in the producer's chair. Fredrik Nordström (HAMMERFALL, IN FLAMES, ARCH ENEMY) was responsible for the mix at the Studio Fredman in Sweden.

Commented Liapakis: "It's been the sixth time we're working with Fredrik. We get along well and respect his work.

"I can't wait to get feedback for the new album, because the expectations are high. I'm 100% sure that we won't disappoint any fan with 'War Brigade'!"

The cover artwork was once again created by Uwe Jarling, who was also responsible for the artwork of MYSTIC PROPHECY's 2013 album, "Killhammer".

The official music video for the song "Metal Brigade" can be seen below.

MYSTIC PROPHECY will play a one-off show in Israel for the first time on April 23 at Gagarin Club in Tel Aviv. 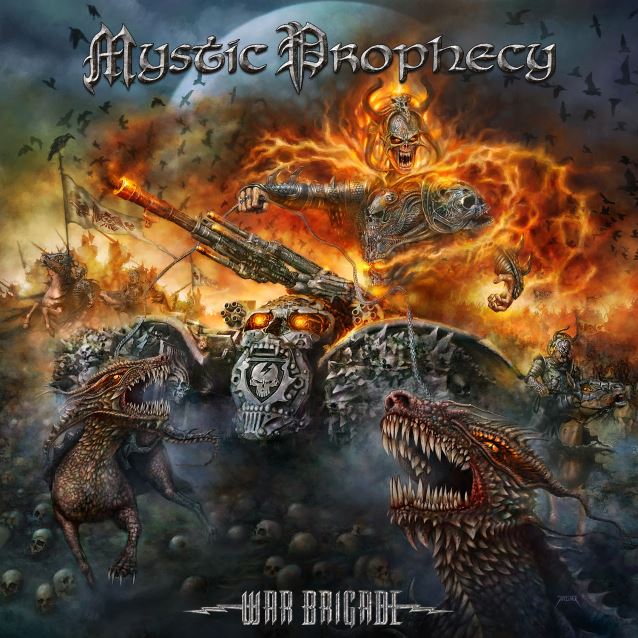