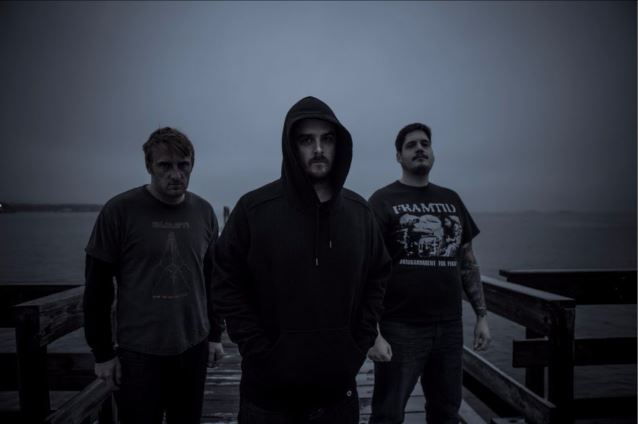 Southern California-based hardcore metal-punks NAILS will release "You Will Never Be One Of Us" on June 17 via Nuclear Blast Entertainment. Today, on the eve of their Choosing Death Fest appearance, the band is proud to reveal album details and the music video for the titletrack. Check out the Jimmy Hubbard-directed clip below.

Comments NAILS vocalist/guitarist Todd Jones: "'You Will Never Be One Of Us' is the title track and also the opening track from our new album.

"I can't deal with trying to write some clever, witty, or whatever type of descriptive garbage filled with barbs about how our band is awesome and other bands suck (which is absolute peasant bullshit),so I'll cut to the chase.

"This is, to date, our favorite song. It's a song which represents almost every side of NAILS.

"When it comes time to announce a record, it's really difficult for us to pick the first song to let the world hear because any NAILS record to date is more about the LP as a whole and no one song really represents the full LP, but I can say with no hesitation, this song represents this LP and we're confident that we should be releasing this song first.

"'You Will Never Be One Of Us' is about about the pain and the pride that goes into being involved in hardcore/punk/metal unconditionally... being a lifer. It's a knife to the throat of the people who come and liter their bullshit and impose on everyone for their own selfish agenda. It's for everyone who dedicates themselves to their craft... their music... their passion... whatever the fuck it is, and seeing someone come along and attach themselves to what you do/love and abuse it, with no regard or respect for it. This song is not for NAILS, but for all of US.

"As far as the video goes, we needed something that represented us and wasn't fake. The world really doesn't need another 'band playing in a warehouse' music video, but again, without being condescending with some passively aggressive description and putting other videos down, we believe this video not only stands out as far as quality and expression, but represents us in the best possible way that a music video could. It conveys the emotions that you might experience from us if you come to one of our shows. This video shows what we are, doing what we do in this band. No pretense, no overblown image, no bullshit, no gimmicks, no artificial/cheap attention grab. This video IS NAILS. Fucking period.

"We hope you guys dig this shit. We worked really hard on everything with the LP. Wrest did the artwork which is undoubtedly the best representation NAILS has had so far for an album cover, the video you're seeing/hearing...everything. This record represents NAILS more so than any of our other records.

"'You Will Never Be One Of Us' is the epitome of NAILS to date. It is our apex (up to this point). We know if you're already a fan of the band that you'll love this record. If you've never heard of us before, we appreciate you checking this shit out. 'OUR PAIN IS NOT YOUR PAIN, OUR PRIDE IS NOT YOUR PRIDE - YOU WILL NEVER BE ONE OF US'. Much love and respect."

"You Will Never Be One Of Us" was recorded, mixed and produced by Kurt Ballou (CONVERGE, HIGH ON FIRE, VALLENFYRE, MISERY INDEX, TODAY IS THE DAY). Artwork was created by WHTHD. Pre-order the album in CD or vinyl format, with or without several bonus items, from the Nuclear Blastweb shop. Pre-order the album digitally right now through iTunes or Amazon and receive the title track instantly.

"You Will Never Be One Of Us" track listing: 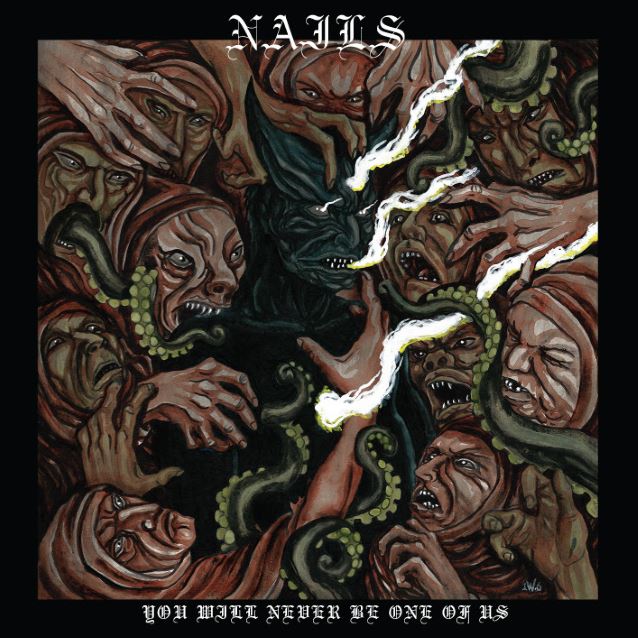