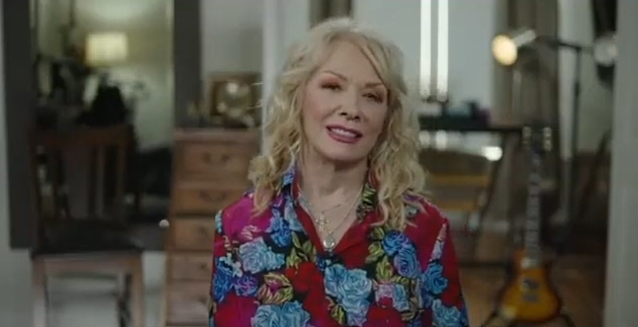 NANCY WILSON Praises CHEAP TRICK: 'They Are The Sweetest, Funniest, Smartest Rock Guys You Could Ever Hang Out With'

In a new interview with AXS TV's "At Home And Social With", HEART's Nancy Wilson was asked to name the "most fun" band to tour with. She responded (see video below): "Many times we've been out with CHEAP TRICK, and they're just the greatest people you'd ever wanna know. And they are the sweetest, funniest, smartest rock guys you could ever hang out with.

"The last time we were out and they were on the tour with us, I came out during one of the big ballads that they did where [CHEAP TRICK guitarist] Rick Nielsen is out there on his little — he's got a tiny, little stage that he stands on top of; it has a board on it and stuff like that, and he throws picks out. And [CHEAP TRICK singer] Robin Zander gets down on his knees at one point on this one big ballad that they do, and I came up from behind and I put the cape on his shoulders during his big moment on stage; he's kneeling on his knees. And he didn't know it was me, so I kissed him on the cheek, and he was, like, 'What?' So we always had shenanigans with those guys. They're really fun."