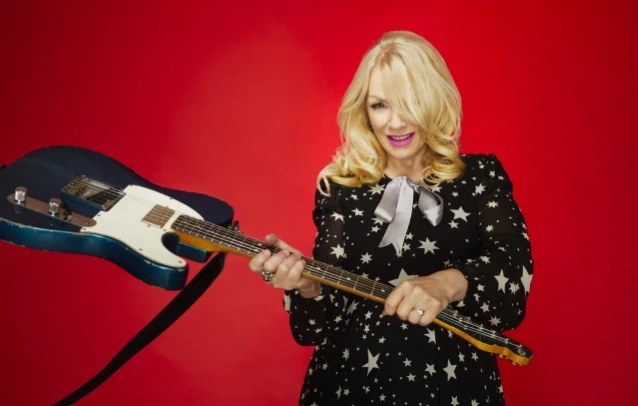 NANCY WILSON: 'You Listen To ANN WILSON Sing, There's Only One, And That's Her'

In a new interview with "New Day Northwest" on KING 5, HEART's Nancy Wilson spoke about what it was like for her and her sister Ann to break new ground for women in a male-dominated industry. She said (as transcribed by BLABBERMOUTH.NET): "From the mountain top, looking back at a whole career that started out pretty gruff and pretty rough and tumble, there's always kind of a perception that, as a younger woman, that you may not be worth your salt. I think [it forces you to] work harder to be counted and to be recognized as somebody talented. So we did our due diligence up early, as really young girls. We went and played everywhere and learned our craft.

"I think profiency is what, nobody can argue with it. You listen to Ann Wilson sing — there's only one, and that's her. And people recognize the way I play because that's how I play. So I don't blend in with the crowd, and neither does Ann, and neither does HEART, and I think that set us apart and that gained us the respect we were looking for."

HEART's debut solo album, "You And Me", came out on May 7 via Carry On Music. The LP was recorded primarily in Wilson's California home studio, working with bandmembers and special guests remotely. Most of the tracks are originals, but Wilson decided to include a handful of covers by a few of her favorites, including a female perspective of PEARL JAM's "Daughter", a stirring turn of SIMON & GARFUNKEL's "The Boxer" featuring Sammy Hagar, and an ethereal cover of THE CRANBERRIES' "Dreams", featuring Liv Warfield (Prince) from Nancy's previous band ROADCASE ROYALE. The first single from the album was Bruce Springsteen's "The Rising", which dropped last fall. The other eight tracks are originals, mostly acoustic ballads, but there are also some rousing rockers like "Party At The Angel Ballroom" which features a superstar backing band, including Duff McKagan of GUNS N' ROSES and Taylor Hawkins of the FOO FIGHTERS. The album ends with a song that captures the full spectrum of loss, love and redemption in one instrumental coda. Titled "4 Edward", it is Nancy's tribute to Eddie Van Halen, whose 2020 loss still looms large over music.