British grindcore pioneers NAPALM DEATH will embark on a North American tour this spring. The trek will kick off with a few West Coast dates featuring support from THE LOCUST, while the rest of the tour will feature ABORTED and WVRM. Select shows will also include TOMBS.

* with THE LOCUST
^ with ABORTED, WVRM
# with TOMBS

NAPALM DEATH will release a new seven-inch / digital EP on February 7 via Century Media Records. The release will kick off the start of the band's "Campaign For Musical Destruction" headline European tour alongside EYEHATEGOD, MISERY INDEX, ROTTEN SOUND and BAT.

The EP titled "Logic Ravaged By Brute Force" includes the brand-new title-track as well as a freshly recorded cover version of "White Kross", originally performed by SONIC YOUTH. This double-A-side EP is yet another NAPALM DEATH collectible item and is also meant as first teaser for the band's upcoming studio album, expected for release later in 2020.

The "Logic Ravaged By Brute Force" seven-inch EP will be available in the following versions: 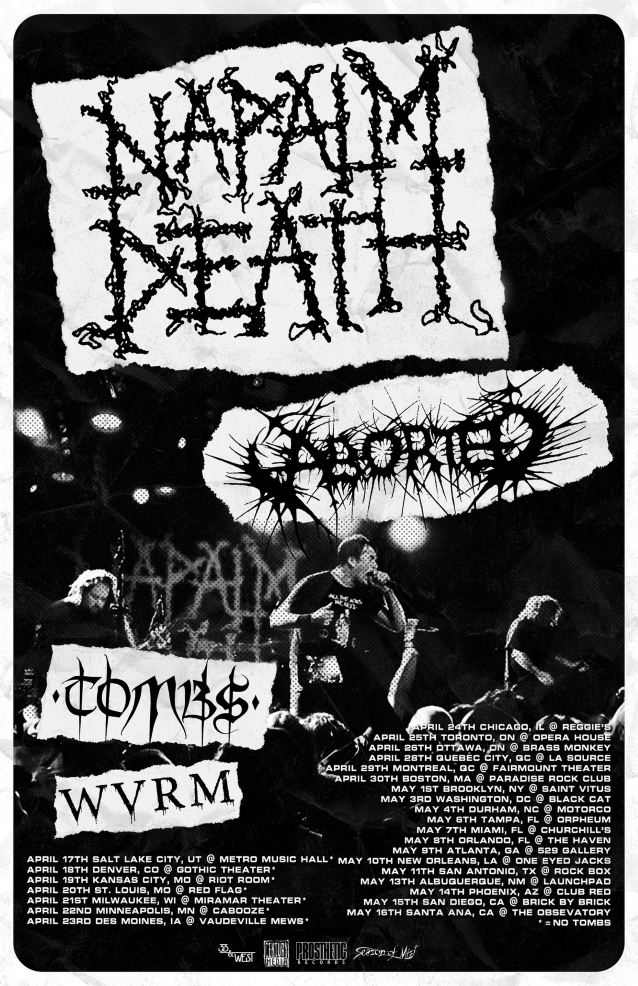