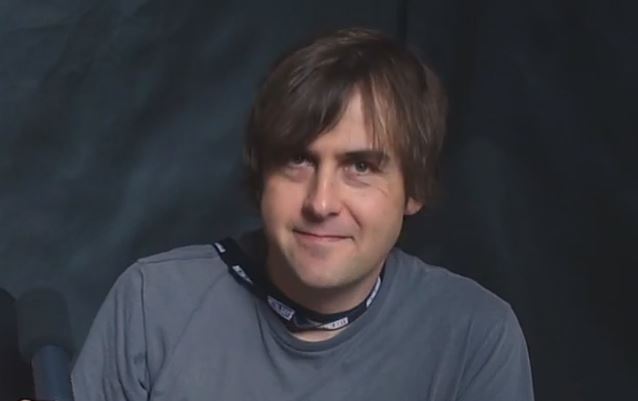 Speaking about how NAPALM DEATH's standing in the extreme metal scene influences the band's songwriting process, Barney said: "I'm ambiguous about the whole thing, because, you know… Don't get me wrong: scenes are great for helping bands along and bringing bands up. But as NAPALM is kind of considered a forerunner of the general scene, it's almost as if sometimes you have a responsibility put on your shoulders. But it's not our responsibility. I kind of look at it like we've kind of done our part at whatever point in the scene, and we're still involved in it, but we're not responsible for leading it onwards from here. It's about the bands who are in it now, as a whole."

He continued: "In some ways, you tend to be very selfish when you've been in the scene for a long time, because you have to make the music for yourself, first and foremost — you have to, because otherwise… It has to be a true representation of what you feel at that particular time.

"Yeah, we just keep on doing what we feel is the right thing to do, with the music and with the ideas. And if it sticks, it sticks. And if it ever wouldn't, then it doesn't. That's all we can do — put ideas on the table."