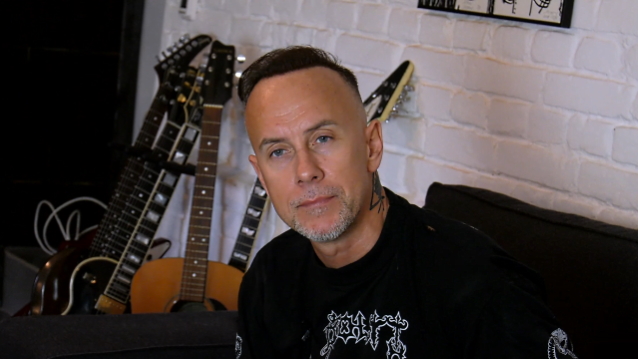 In the nine-minute video below, BEHEMOTH frontman Adam "Nergal" Darski looks back on the band's first three decades by going over old photos and discussing BEHEMOTH's musical evolution.

He said in part: "Three decades, it just went that fast. [Snaps fingers] And sitting here retrospecting some of the stories, picking up those photos and going through all that and trying to remember facts, it just feels amazing. It feels very fulfilling to be part of that history."

BEHEMOTH's Moment will be broadcast to various territories around the world including North and South America, Asia, Australia and New Zealand, and Europe and Africa. Following the initial airing, the Moment will be available on VOD for 24 hours.