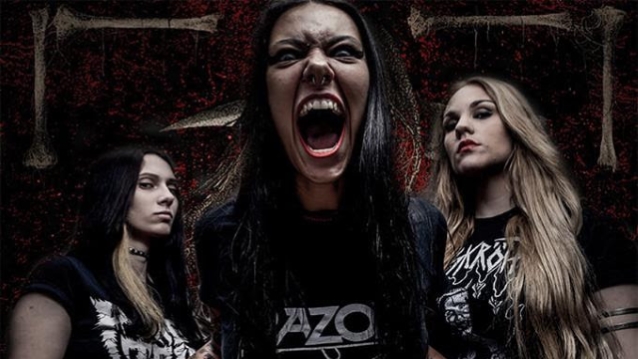 Bolsonaro, who has been nicknamed the "Trump of the tropics" for his admiration of the U.S. president, won his country's election by a wide margin last year. But he's also a deeply divisive figure whose racist, homophobic and misogynistic remarks have angered many.

Speaking about Bolsonaro's rise to power in Brazil, Fernanda said (see video below): "That's the worst thing, literally, that happened to my country, in my humble opinion, in the last years. In 150 days of government, we went back in time, like, 100 years, with laws and stupid measures that they're doing. And it's not only political stuff, because when you're discussing politics, you're basically talking about the way you should handle the economy and stuff like that. But the guy who's our president now, he's racist, homophobic, misogynist — he's like the worst thing. And he says all of that openly — he doesn't even try to hide."

Addressing the fact that Bolsonaro had a 49% approval rating in January, Lira said: "He gets approval because, in a way, I think, now I can see that some Brazilian people are just like that too — racist, homophobic, misogynist. And that's why I think it's bad — because we were marching towards something cool regarding equal rights and rights to minorities and stuff like that, and now it's all disappearing. And it's like stupid stuff that you see on the news every day, and things you can't believe. Like, [Bolsonaro] went to a black community, and then in an interview later, he said, like, 'These guys should be sold like slaves,' and stuff like that. It's not politics — it's, like, humanity. This guy is the worst thing. He's not [just] a bad politican — he's a bad human being. You just don't do that. He said that he'd rather… if he had a gay son, he would punch him in the face until he became a man again. And he said women should gain less money than men because we're less capable, and stuff like that from the last century."

Fernanda said that she is "sad" to see her country go through these dark times, but she insisted that she will "stick" it out there and she will voice her opinions "with all force I can." She added that "a social study should be done" around what is "happening right now to understand what happened. You see poor people hating poor people; you see even, like, black people hating black people; you see people willing to have guns to protect themselves and kill whoever approaches them," she said. "Like, what the fuck? So I think people got a bit crazy. But I think Brazil is exclusive in that; it's not the only special country. There's a wave of this kind of thing going on in the world. Well, you see Donald Trump, which is probably the worst human being ever born. No, no… We've got a couple of [people who are] worse. And [he's] posting on Twitter, just like our president — he posts stuff on Twitter. It's fucking ridiculous. And there's many European countries where you have this crazy straight right movements, and I think in the whole world. People are getting a bit crazy. That's the only thing I can think of — they're getting a bit crazy."

NERVOSA is continuing to tour in support of its latest album, "Downfall Of Mankind", which was released last June 1 via Napalm Records.