Jorge Ciudad of Chile's Revista Bulldozer conducted an interview with NEVERMORE guitarrist Jeff Loomis this past Monday (July 28). A couple of excerpts from the chat follow.

Loomis: "I wanted to do something like this for a really long time, since I was a younger dude, but I think that it was the perfect opportunity for me to do it, just because NEVERMORE had some off time... and basically it's something different, it's something that I never had the chance to do before and I think that there's going to be future records with me doing something like this, just because I'm a fan of this kind of music, instrumental music. There will be more records like this one that I'll put out in the future, but now I'm just glad that I had the opportunity to show another side of myself rather than NEVERMORE this time."

On how hard it was to express himself only with notes and without any lyrics on an instrumental record such as "Zero Order Phase":

Loomis: "Oh, yeah, that was definitely the hardest part, you know. I mean, basically, like you said before, my guitar is replacing the vocalist so it's hard to keep the listener excited really with instrumental music. You have to keep ahead of yourself when it comes to stuff like that, so I really tried to focus a lot on playing a lot more emotional than I really would have in NEVERMORE. A lot of the NEVERMORE stuff I just play it with like fire and energy all the time, you know what I mean, fast playing all the time, but in this record I really tried to focus more on playing an emotional side, to try to capture elements of like vocal structures (with the guitar) I basically wrote all the music first, then I came up with the lead composition and then I came up with the title."

On what he would say to NEVERMORE fans who are upset about the bandmembers' solo albums getting in the way of the band:

Loomis: "I think that people have to realize, too, that NEVERMORE has been together for quite some time, you know, and I think it was just good for us to get away from one another and maybe do something on our own. Warrel [Dane, vocals] always wanted to do a solo record too, something totally different unlike NEVERMORE. It's healthy for the band to maybe stay apart for a while and just do something on our own, and then we get back together and make things crush again. It's just a healthy move I think, it shouldn't be NEVERMORE the whole time."

On how the next NEVERMORE CD is going to sound:

Loomis: "I don't know. That's very hard to say because I only really have half of it written, but I think that each of our records... our songwriting gets better and better and I think that just happens because of the maturity... of us getting better as musicians and better songwriters. So I think that with the next record, it is just gonna be a classic, you know, crushing NEVERMORE record with lots of elements of thrash, lots of elements of heavy metal... just our style, but with better songwriting. I just can only guarantee you that it's going to be our heaviest records we've ever put out. I can't wait to get back into the studio to start recording! We are probably going to be in the studio sometime in early fall."

On who is going to produce the next NEVERMORE album:

Loomis: "I don't know yet. To be honest with you, I wish I could answer that question. It's just kind of too far for us to know, at this point in time. It could probably be Andy [Sneap] again. It will depend on timing because he is like one of the most sought-after producers right now, you know?! All (bands) want to work with him, so it's really a matter of timing and if he has the time to do it (now), I don't know. But I don't see... I can't tell you with who we are going to work with yet, I don't know."

On whether the band has found a second guitar player yet:

Loomis: "We actually are going to be playing a few other shows, one in Seattle here next week, as a four-piece, [but] we have to find another guitar player and we have to have luck in doing so... the thing is that we have bud luck with that, we are like cursed (laugh)! I don't know how to deal with this, man, but we hopefully will find somebody soon and that's all I can really say. We are not auditioning anybody at the moment. We are probably going to record the next album as a four-piece. We've done some of our best albums like that, like 'Dead Heart In A Dead World' (2000) and yeah, let's see what happens. We will find somebody eventually."

Revista Bulldozer's entire interview (in Spanish) with Loomis will be published in the magazine's fourth issue (dated October/November).

The cover artwork for Jeff Loomis' forthcoming solo debut, "Zero Order Phase", can be viewed below.

"Zero Order Phase" will be released through Century Media Records on the following dates:

As a result of his invaluable contributions to NEVERMORE's trademark sound, Jeff Loomis has become one of modern metal's most recognizable guitarists and the source of many of the last decade's best riffs. Taking the classic techniques he learned from listening to legends like Jason Becker and Yngwie Malmsteen as a teen and applying his own ingenuity, he has managed to carve his own niche and create an instantly recognizable style. With the increased visibility, there has been a call by fans to record and release a solo album; an opportunity that has not presented itself with the busy schedule NEVERMORE has kept. Fortunately for those fans, the band has taken a well deserved break, leaving Loomis time to hit the studio himself to record ten blazing, instrumental metal tracks.

Robert Lang Studios played host to Loomis' first solo venture earlier this year with producer Neil Kernon and drummer Mark Arrington joining the fray. Arrington had been with NEVERMORE in 1993-94 to play on half of the songs that ended up on the band's self-titled debut, and Kernon recorded the first three NEVERMORE albums. So while there was a sense of familiarity, the reunion was refreshing and this spirit carried over into the songs themselves. Also contributing to the album are Ron Jarzombek (WATCHTOWER), who splits solos with Loomis on "Jato Unit", Pat O'Brien from CANNIBAL CORPSE on "Rage Against Disaster", celebrated jazz bassist and solo musician Michael Manring on "Cashmere Shiv", and Kernon himself playing a fretless guitar solo on the same track.

The song "Jato Unit" is available for streaming on Loomis' MySpace page. 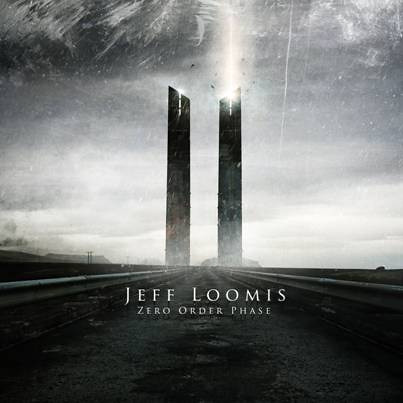 Video footage of Jeff Loomis shredding it up in January 2008 at the NAMM convention in Anaheim, California can be viewed below (courtesy of "Metal Injection").