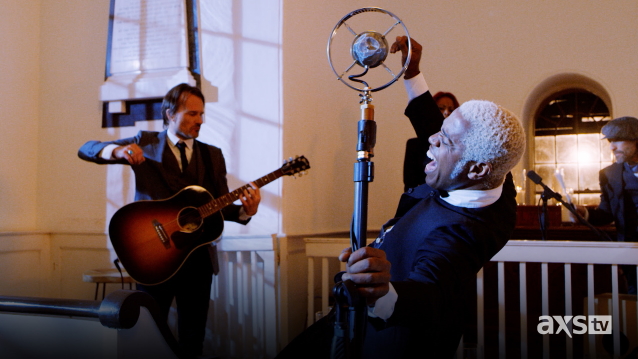 AXS TV announced today the series premiere of the all-new original music documentary series "If These Walls Could Rock" — debuting Wednesday, July 7 at 8:30 p.m. ET/5:30 p.m. PT. "If These Walls Could Rock" joins returning investigative documentary series "Music's Greatest Mysteries" in the network's new Wednesday lineup, which is dedicated to taking viewers inside music and behind the scenes with a night of in-depth interviews and exclusive performances, featuring some of music's biggest names, and more.

"If These Walls Could Rock"'s inaugural season includes six 30-minute episodes that take viewers on a journey through the country's most iconic music venues and bring the rich histories of these landmarks to life. The series highlights the important role the venues hold in their native cities and details how local music culture has been influenced by the venues themselves and the artists who have passed through them. The stories are told through insightful interviews with knowledgeable staff, both past and present, industry experts and notable artists. Each episode also profiles a different artist every week, who shares and creates his or her own personal connection to the featured venue before taking the stage for an exclusive private performance.

The series kicks off on July 7 as soulful blues rockers VINTAGE TROUBLE go on an emotional journey of self discovery at the Old Brick Church in Charleston. Other highlights include personal conversations with folk hero Jackson Browne, who returns to the stage where he came of age as an artist at The Troubadour in Los Angeles (July 14); alt-rock mainstays BIG HEAD TODD AND THE MONSTERS, who come home to the legendary Red Rocks Amphitheatre in Denver (July 21) and multi-talented R&B star and hometown royalty Ivan Neville at Preservation Hall in New Orleans (July 28). Additional episodes will put the spotlight on venues such as The Caverns in Nashville (August 4),which boast natural acoustics and unparalleled sights in a unique subterranean setting; and the historic Aragon Ballroom in Chicago (August 11),a local institution known for its secret tunnels installed during Prohibition.

"'If These Walls Could Rock' explores the fascinating relationship an artist has with a performance space, and a performance space has with its community. We're proud to have documented these stories in a thoughtful way; celebrating a wide assortment of venues and a diverse line up of phenomenal artists," said Sarah Weidman, head of original programming, development and multi-platform content for AXS TV. "AXS TV's new Wednesday night lineup is an immersive journey into music, taking viewers behind the scenes with exclusive access to some of music's greatest storytellers. 'If These Walls Could Rock' is a perfect complement to our returning series 'Music's Greatest Mysteries' — digging deeper in the relevance and history of music in America."

"If These Walls Could Rock" is produced in-house by AXS TV, with Stephen Stormer serving as executive producer.

Schedule at a glance: