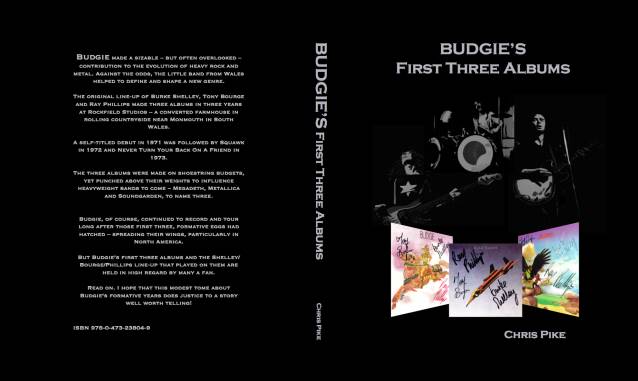 VAN HALEN, METALLICA and IRON MAIDEN covered tracks included on "In For The Kill", released 40 years ago this month, and "Bandolier".

Manager Graham Moloney and Canadian Bob Leth (who engineered "Impeckable") add spice and humor to the telling of the story of a period that featured lineup changes aplenty and the spreading of wings into North America.
The book features photos by Ian Dickson, Fin Costello, Andrew Putler, Alan Perry, Phil Neumann and Mike Isaac.