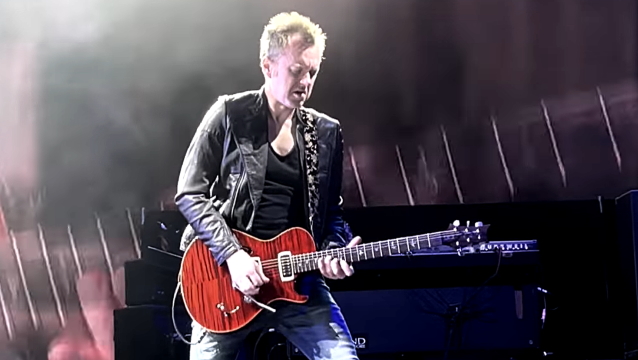 DEEP PURPLE's new touring guitarist Simon McBride recently spoke to the "Scars And Guitars" podcast about what it has been like for me him to step into the shoes previously filled by Ritchie Blackmore, Tommy Bolin, Joe Satriani and Steve Morse. Regarding his approach to playing DEEP PURPLE's classic songs, Simon said (as transcribed by BLABBERMOUTH.NET): "At the end of the day, for me, with this gig, there's been lots of people saying, or asking me will I play like Ritchie or will I play like Steve or will I do this like Tommy or Satriani or whatever. So that thing initially kind of confused me a little bit; I didn't know what to do. It was only when I was talking to [DEEP PURPLE keyboardist] Don Airey about it, and he just said, 'Forget about it all. Just be you. Play your own thing.' That's it. Which I did. And I kind of started to relax a little bit and just be myself.

Last month, Morse officially left PURPLE to care for his wife, Janine, who is battling cancer.