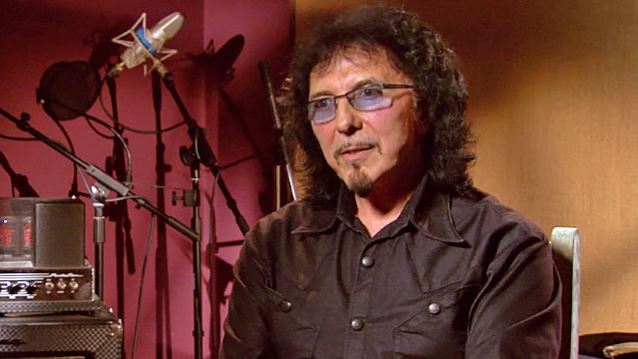 BLACK SABBATH's classic 1970 album "Paranoid" is the subject of a documentary on the British TV channel Sky Arts which is set to air this Saturday, June 27 at 8:20.

A preview clip of the documentary in which SABBATH singer Ozzy Osbourne talks about his innate sense for the band's music, and guitarist Tony Iommi discusses the making of the classic album song "Fairies Wear Boots" can be seen at Sky.com.

"It was like a long instrumental part at the beginning, and we sort of got carried away with it," Iommi says about the track. "But we liked it. It doesn't sort of happen so much these days when people do long intros, but that was what we tended to do on those songs."

Documentary synopsis: "We delve deep to find the story behind the writing, recording and success of BLACK SABBATH's second album, 'Paranoid', one of the most influential albums of the heavy metal genre.

"Its influence still resonates to this day. The ARCTIC MONKEYS track 'Arabella', from their most recent album 'AM', clearly pays homage to 'War Pigs'.

"In a career that has spanned six decades and resulted in worldwide album sales in excess of 75 million, 'Paranoid' still stands out as the quintessential SABBATH LP and this documentary gives a fantasting into the making of an album that changed rock music forever."