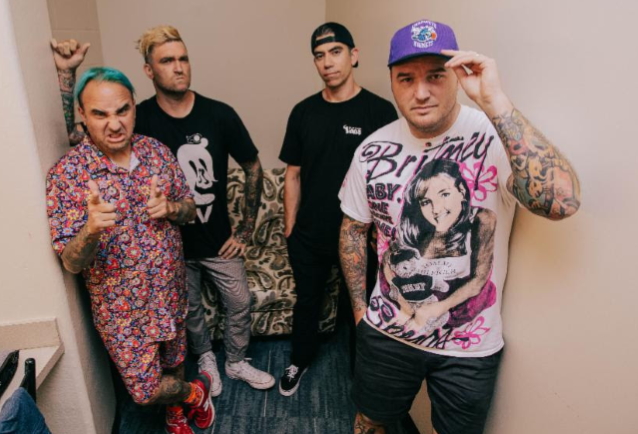 NEW FOUND GLORY To Release 'Forever And Ever x Infinity...And Beyond!!!' In September

NEW FOUND GLORY has announced a deluxe release, "Forever And Ever x Infinity...And Beyond!!!", due out September 3 on Hopeless Records. Featuring six new songs that the band wrote and recorded during the pandemic, this deluxe album will be pressed on a limited-edition double LP paired with a collectible 24-page zine that was designed by the band, complete with never-before-seen photos and notes from NEW FOUND GLORY.

NEW FOUND GLORY guitarist Chad Gilbert comments: "We are pumped to announce the deluxe version of our 10th album, now called 'Forever And Ever X Infinity… and Beyond!!' The new and improved version features six new songs on the album which takes it to 21 songs for 2021! You all have been playing the heck out of this record and showing it so much love over the last year and now that we actually get to tour it soon, we wanted to reignite its energy and fire!"

One of these new songs from "Forever And Ever x Infinity...And Beyond!!!", a track called "The Last Red-Eye", can be streamed below.

"Forever And Ever x Infinity...And Beyond!!!" track listing:

After a year of postponements, NEW FOUND GLORY is reminding you that pop punk still isn't dead and is here to prove it with co-headliners SIMPLE PLAN. The "Pop Punk's Still Not Dead" tour will be kicking off in Dallas, Texas on August 31 and traveling to cities throughout the U.S. with support from special guest LOLO.

Combining punk, hardcore, and post-hardcore with emotional lyrics and melody is nothing new for the band that epitomizes heartfelt optimism with DIY work-ethic and spirit. But never has this been more evident than on "Forever + Ever x Infinity", including hit singles "Greatest Of All Time" and "Himalaya". They instantly cemented their place on fans' playlists while also securing strong support from streaming services with adds to Pop Punk's Not Dead (Spotify),All New Rock (Spotify),New Alt Now (Pandora),Pop Punk Heroes (Deezer),Punk Hotlist (YouTube) and more landmark playlists.

After 20-plus years of being a band, ten studio albums, one live album, two EPs, and four cover albums, NEW FOUND GLORY's ethos has never wavered; they always strive to be the friend you always need and who always understands you. With "Forever + Ever x Infinity…And Beyond", the band created an album that is even more 100% NEW FOUND GLORY. 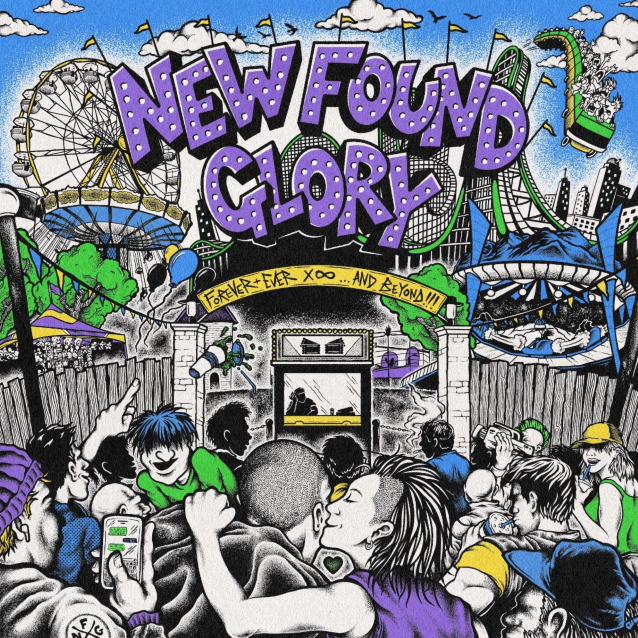