New JIMMY PAGE Book, 'The Anthology', Due Out Later This Year

Genesis Publications has announced a new book by Jimmy Page, "The Anthology", due out later this year. This is British publishing company's second book with Jimmy and follows the 2010 sell-out success of the official signed limited edition, "Jimmy Page By Jimmy Page", which was Genesis's fastest limited-edition title to sell out. (The trade edition continues to sell steadily at stores worldwide.)

"Jimmy Page By Jimmy Page" was photographic autobiography and visual history of Page's career as one of the world's most iconic guitar players.

Jimmy sifted through thousands of prints to accomplish the final selection of photographs, arranging the content into its narrative sequence and annotating and reviewing the design to arrive at the finished book.

Commemorating 50 years since their formation, this 400-page chronology spanned half a century of the band's unparalleled career. It comprised hundreds of carefully curated images and artworks personally selected by the band, from the iconic to the unseen. To accompany the visual journey, the bandmembers wrote their own exclusive annotations.

Page explained that, quite simply, LED ZEPPELIN was built to stand out from everything that came before and after it. "When I formed LED ZEPPELIN, I formed it with the idea and the ethos that it was going to change music," he said. "That's what I wanted it to do — and it clearly did. And it brought to the forefront these master craftsmen that were involved with that band." 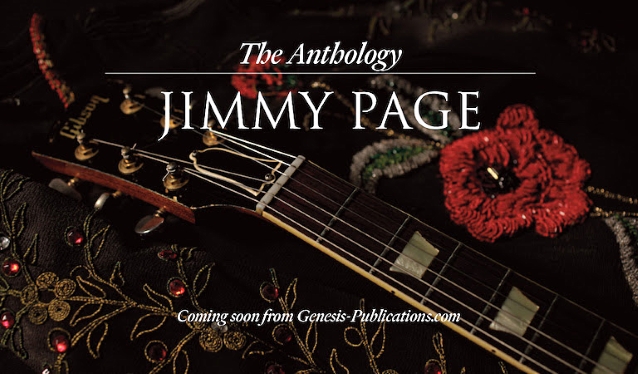