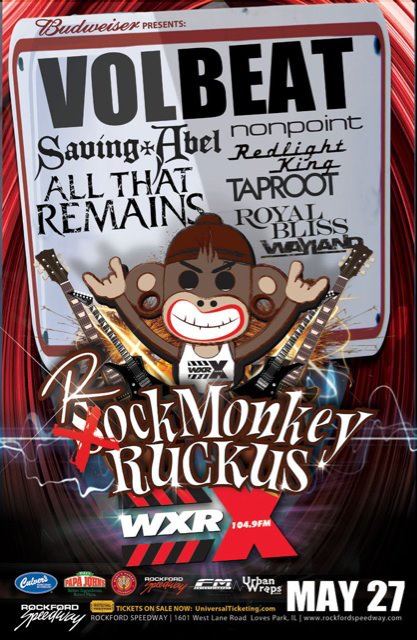 The new lineup of NONPOINT made its live debut yesterday (Sunday, May 27) at the Rock Monkey Ruckus at Rockford Speedway in Rockford, Illinois.

Video footage of NONPOINT performing a new song, "I Said It", during yesterday's concert can be seen below.