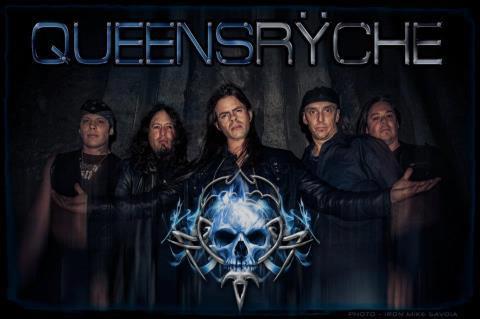 QUEENSRŸCHE members Michael Wilton, Eddie Jackson, Scott Rockenfield and Parker Lundgren announced on June 20 that they were parting ways with singer Geoff Tate and recruiting powerhouse vocalist Todd La Torre of CRIMSON GLORY as his replacement. The new QUEENSRŸCHE lineup has already performed live, having played two successful shows in their home city of Seattle under the name RISING WEST.

The new QUEENSRŸCHE lineup will make its official live debut as the headliner of the last day of this year's Halfway Jam, which is set to take place July 26-28 in Royalton, Minnesota. Also scheduled to appear at the three-day event are ENUFF Z'NUFF, LYNCH MOB, STRYPER, BANG TANGO, TRIXTER, JACKYL, BLACKFOOT, MOLLY HATCHET and .38 SPECIAL.

In a brand new posting on his Facebook page, Todd writes, "[I] would like to say what a joy it is working with all of the guys in QUEENSRŸCHE. Furthermore, I would very much like to say how great Parker is as a bandmate and a new friend. Not only does he have great guitar skills, but he is a great songwriter, and perhaps one of the nicest guys you could ever meet. He deserves the full respect of the fans, old and new, as he has not only learned all of [former QUEENSRŸCHE singer] Chris DeGarmo's parts, but he really is such a team player with NO ego at all. [I] just wanted to share that sentiment."

Lundgren was briefly married to Tate's stepdaughter Miranda (they have since divorced).

In a sworn declaration filed in connection with QUEENSRŸCHE's legal dispute with Tate over the use of the band's name, Lundgren said, "When Scott Rockenfield, Michael Wilton, Eddie Jackson and I performed QUEENSRŸCHE material with Todd La Torre, it was the most positive and enthusiastic response that I have seen in my entire run with the band, both from the crowd and amidst the band. We played the older, heavier material that the fans always ask for and that we are never able to play. The shows sold out both nights and the merchandise sold out immediately. We had nothing but positive reviews and the fans loved it. We had fans fly to Seattle for the shows from all around the world, some even as far as Japan. What was even more uplifting than the crowd's reaction was the band's reaction. I have never seen bigger smiles on the guys' faces while we played the shows. The positivity continued long after the shows as we started hanging out, going to dinners, going to shows, and most importantly writing music together as a band, which I never experienced while Geoff Tate was in the band. Everyone, including the new singer Todd La Torre, is on the same page. We want to play the same kind of music, and stay true to the QUEENSRŸCHE legacy."

When asked in a recent interview with RollingStone.com if his former bandmates will be able to play shows as QUEENSRŸCHE before their legal dispute over the group's name is resolved, Tate said, "Well, they shouldn't. Definitely. It's a situation where, in my opinion, they're doing everything the wrong way. If there was a dispute over who is in the band, or who owns the band name, I think that stuff should all be worked out before they try to book gigs with the name QUEENSRŸCHE."
He added, "I'm forced to engage in a lawsuit with them now. This is not something I want to do at all. I want to make records and I want to tour and live a creative life. I don't want to be bogged down in some legal hassle. My God, but they're forcing me into it. I have no other way to go. I can't give up my life's work and walk away from it. These are my ideas, my concepts, my life, that I'm writing about. What are they gonna do — hand it to some kid to sing?" 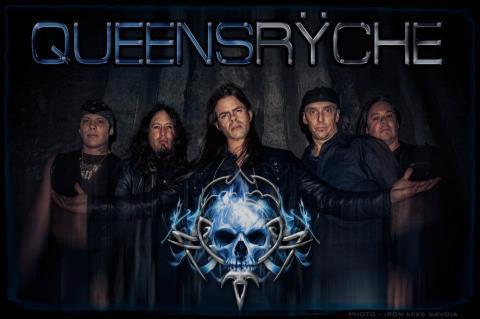