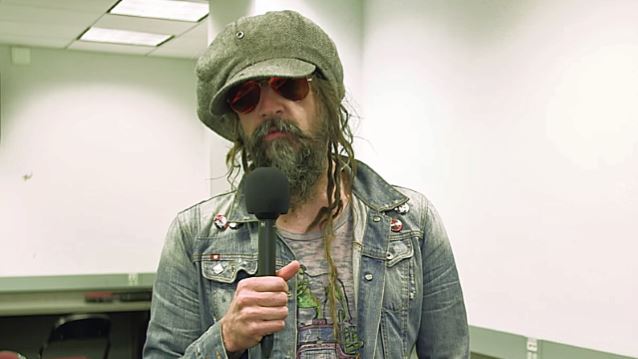 New ROB ZOMBIE Album Will 'Probably Come Out In March'

Rob Zombie spoke to Louder Noise about why he has held back the release of his new album even though the record was completed months ago. Zombie said (see video below): "It'll probably come out in March, because what I wanna do is I wanna do a very large visual component to go with the record — shoot thirteen videos, or shoot a movie go with it. And because of [Zombie's upcoming sixth live-action feature film, a horror thriller called] '31', I couldn't get to that yet. So I'm gonna do that probably in January, so we'll put it out soon after that.'"

Zombie is currently editing "31", which is expected out later this year.

The rocker-director's next feature film will be an adaptation of Steve Stoliar's memoir, "Raised Eyebrows: My Years Inside Groucho's House". The book tells the bizarre story of the last years in the life of Groucho Marx, told by a young Marx Brothers fan who spent those years as his personal secretary and archivist.