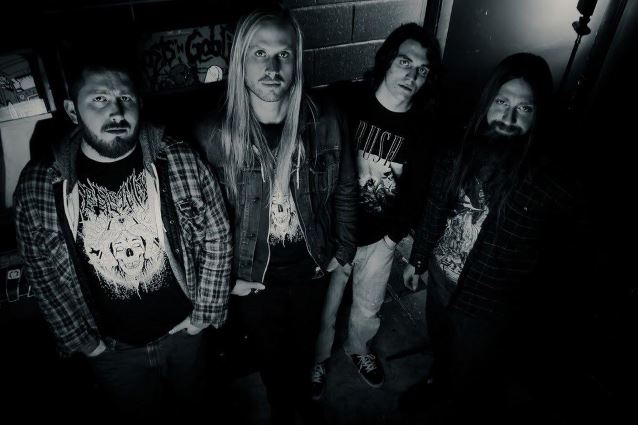 Vancouver, British Columbia, Canada-based progressive rock/metal outfit ANCIIENTS will release its new album, "Voice Of The Void", on October 14 via Season Of Mist.

A song from the CD, "Following The Voice", can be streamed in the YouTube clip below.

The band stated: "'Voice Of The Void' [is] somewhat of a step in a new direction lyrically and musically. [We] think it still has the sound we developed on 'Heart Of Oak' but the riffs are a lot heavier at times and the lyrics are far more cynical and dark.

"With all of the chaos happening on this planet as of late, it seems as though things will get worse before they get better, and that kind of embodies the theme of this album as a whole.

"Jessie Gander did a great job capturing the music, and the production far surpassed our expectations.

"'Following The Voice' is about struggles with inner demons that many people face. Knowing what the right thing to do is, but not listening to your conscience and choosing the path that is best for yourself but harms others in process. It is about following the evil voice in your head as opposed to the voice of reason."

"Voice Of The Void" track listing:

You can pre-order the album at the Season Of Mist webshop.