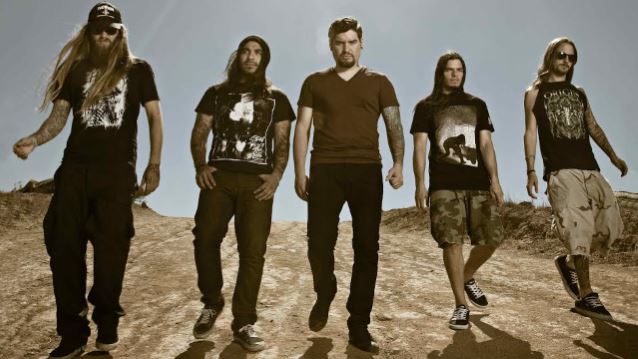 The official 360-degree video for the song "Doris" from California deathcore masters SUICIDE SILENCE can be seen below. The track is taken from the band's new, self-titled album, which will be releaed on February 24 via Nuclear Blast Entertainment. The CD was produced by Ross Robinson, who has previously worked with KORN, SLIPKNOT, LIMP BIZKIT and SEPULTURA, among others, and was mixed by Joe Barresi (KYUSS, MELVINS, TOOL, QUEENS OF THE STONE AGE).

The "Doris" video was filmed during the band's Knotfest 2016 performance and features Jose Mangin (SiriusXM's Liquid Metal) on guest vocals.