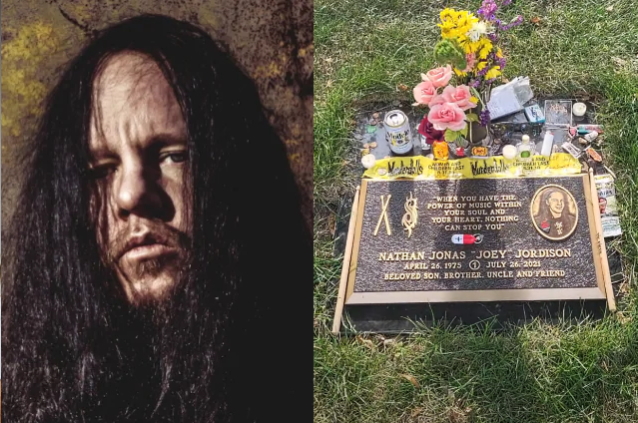 Joey died "peacefully in his sleep" on July 26, 2021 of an unspecified cause.

In Jordison's official obituary announcing the services at Highland Memory Gardens, it said that he was born on April 26, 1975 in Des Moines and grew up in Waukee, Iowa with his father, Steve Jordison, his mother, Jackie and two younger sisters, Katie (Shaun) and Annie (Chris).

On the first anniversary of Joey's death last month, his family publicly shared a video that was put together for his memorial to mark the occasion.