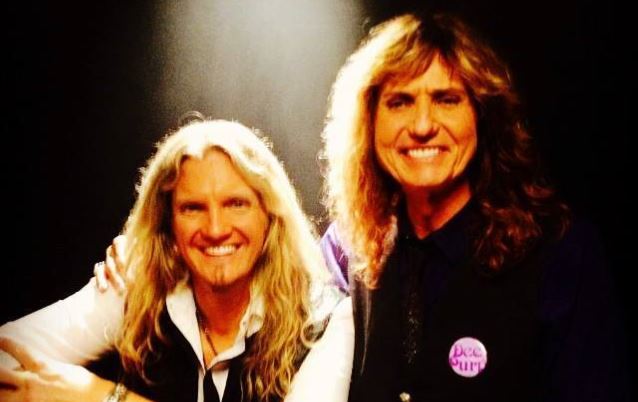 Former NIGHT RANGER guitarist Joel Hoekstra, who recently joined WHITESNAKE as the replacement for Doug Aldrich, spoke to the Myglobalmind webzine about the status of the recording sessions for WHITESNAKE's new studio album, tentatively due early next year.

"There is a litte bit of work to do, recording-wise, in terms of overdubs," he said. "We are very close to sticking a fork into it and entering into mix mode. I am heading out to [singer] David's [Coverdale] here shortly and we are shifting into promo gear for a bit. Pictures and videos and things of that nature."

Speaking about the direction of the new WHITESNAKE material, Joel said: "The only thing that I can tell you is that it is really cool. It's great, straight-ahead rock and roll. Blues-inspired rock that you have known and grown to love coming from WHITESNAKE."