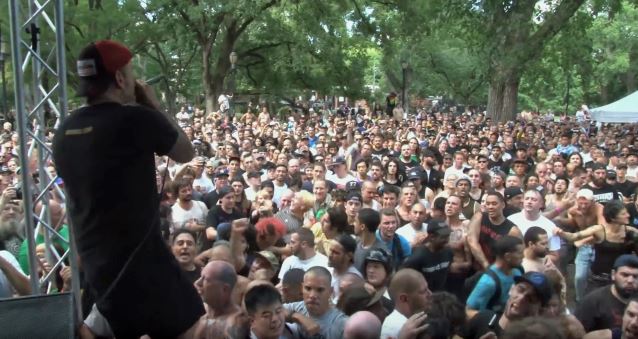 BREAKDOWN, TOKEN ENTRY, CRO-MAGS, ANTIDOTE and MAXIMUM PENALTY united to play a free show on July 23 in New York City's Tompkins Square Park that raised awareness to the plight of legendary BAD BRAINS guitarist Gary "Dr. Know" Miller. With two thousand people in attendance, the event raised $25,000.00 toward Dr. Know's medical expenses through donations to his GoFundMe page. The show was set up and promoted by Joseph "Cuz" Cammarata and Laurens Kusters of Black N' Blue Productions as well as filmmaker Drew Stone of "The New York Hardcore Chronicles". "The three of us worked for many months to set up the show and it far exceeded our expectations," said Kusters.

"The BAD BRAINS were a huge influence on not just me but on so many musicians through the years," added Stone. "It was inspiring to see the New York hardcore community come out in droves to support this living legend. I'm honored to have been a part of it."

Dr. Know suffered cardiac arrest in early November 2015. His condition quickly progressed to multiple organ failure, requiring he be put on life support for almost two weeks. At the time, his doctors gave him a five percent chance of survival, but by the power of PMA, love and family, he pulled through. He spent nearly three months in the hospital until he was transferred to a medical rehabilitation facility where he is receiving the proper physical therapy and treatment he needs to recovery fully. Doc has been making incredible daily progress, and he and his loved ones are confident he will make a full recovery and continue to touch lives with his incredible music, kindness and positivity.

Those that did not make it to the show and would like to contribute to the GoFundMe page can do so at this location. 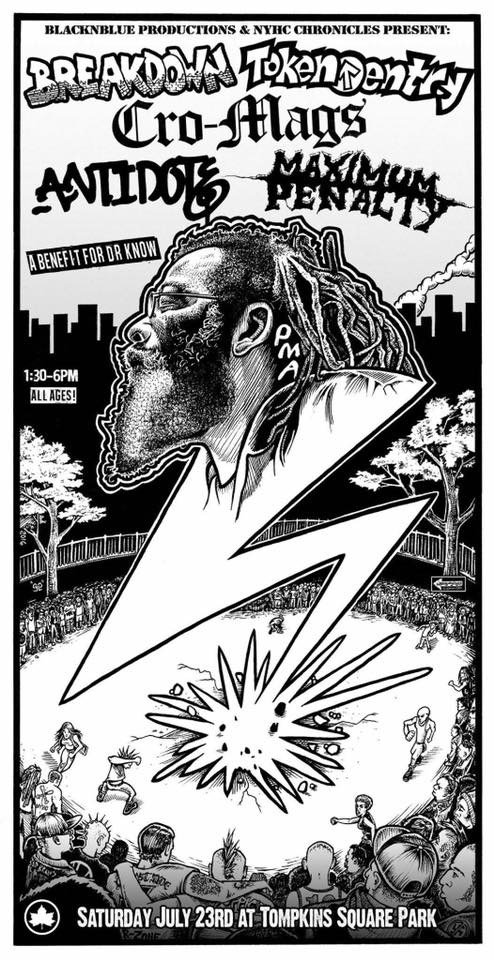