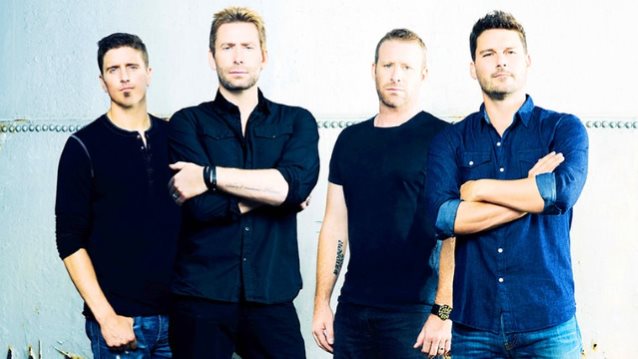 BMG has announced it has signed a worldwide recording agreement with chart-topping, multi-platinum rock band NICKELBACK. Currently in the studio, the band is working on material for a new full-length album, to be released via BMG, and is planning a major announcement slated for February 1. BMG is distributed worldwide by ADA, a division of the Warner Music Group.

Since forming in Alberta, Canada in 1995, globally celebrated, Grammy-nominated rock band NICKELBACK has cemented itself as one of the most commercially viable and important acts of the past two decades. NICKELBACK's success includes worldwide sales of more than 50 million units, solidifying their status as the "eleventh best-selling music act" and second best-selling foreign act in the U.S. of the 21st century — behind only THE BEATLES.

BMG U.S. president, repertoire and marketing, Zach Katz, said: "We are thrilled to welcome the legendary NICKELBACK to BMG. For us, the opportunity to work side by side with a band of their caliber, with an exceptional body of work reaching the highest levels of global success, truly speaks for itself. We are excited to let the world experience their extraordinary new music soon."

NICKELBACK adds: "We are honored to partner with the global BMG team and look forward to releasing new music for our fans. Sharing our vision and passion with such a dedicated team while being surrounded by some of the greatest music artists of all time is very humbling and we couldn't be more excited."

In June 2015, NICKELBACK canceled the majority of its tour dates in support of the band's eighth album, "No Fixed Address", so that singer Chad Kroeger could recover from surgery to remove a cyst on his vocal cords.

NICKELBACK filed a $13 million insurance claim with Lloyd's of London after scrapping the tour. But Lloyd's sued to cancel the singer's insurance, alleging that Kroeger already had the throat condition and failed to disclose it before taking out the policy.

Last year, NICKELBACK countersued Lloyd's, claiming that the firm is making false allegations about the band so that it doesn't have to pay out the claim.