Finnish/Dutch/British symphonic metal masters NIGHTWISH will embark on a European headlining tour in the fall of 2020. The band had already announced a show in Amsterdam — which sold more than 15,000 tickets in just a few days — swiftly followed up by an additional concert at the same venue, alongside shows in Russia, Belarus and the Ukraine. Now, infamous for its unique songwriting, visual stage designs and pyro effects, NIGHTWISH promises to take its audience on a spectacular audiovisual journey once again.

NIGHTWISH will release "Decades: Live In Buenos Aires" on December 6 as a Blu-ray digibook, 2CD digipak, Blu-ray+2CD earbook and 3LP via Nuclear Blast. The set was recorded on September 30, 2018 at Estadio Malvinas in Buenos Aires, Argentina during the "Decades" tour in support of the band's compilation album of the same name.

Tentatively due in the spring, NIGHTWISH's next album will mark the band's second full-length release with singer Floor Jansen, who has been touring with the group since 2012.

Keyboardist and main songwriter Tuomas Holopainen said last year that the arranging and recording process for NIGHTWISH's follow-up to 2015's "Endless Forms Most Beautiful" album would take most of 2019. Tuomas also said that there is a lyrical theme tying together all the songs he has written for NIGHTWISH's next record, but he declined to elaborate. 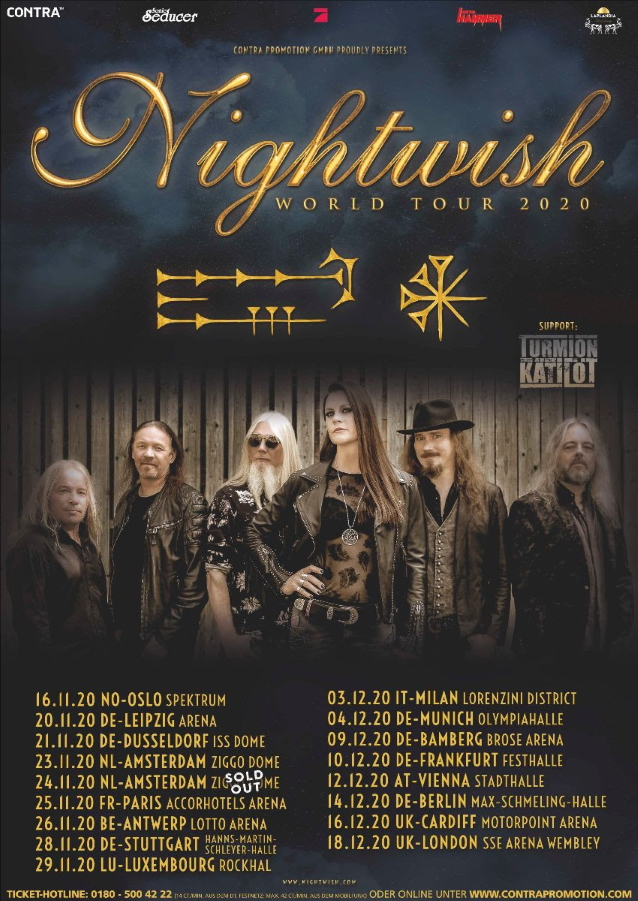