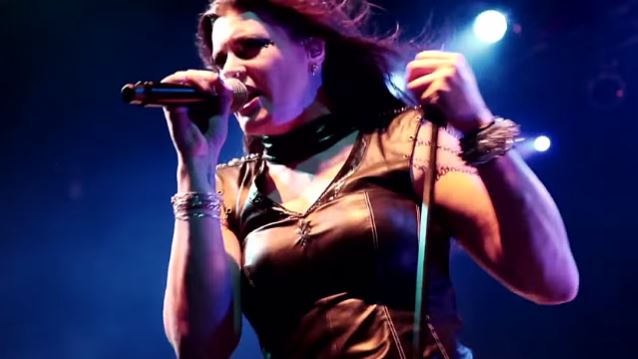 Finnish / Dutch / British symphonic metallers NIGHTWISH will embark on a 27-date North American headlining tour in the spring. The trek will launch in New York City on April 9, hit three Canadian cities plus Chicago, San Francisco, and Los Angeles, then close out in Silver Springs, Maryland on May 14. Support at all dates will come from Dutch symphonic metallers DELAIN.

Commented NIGHTWISH bassist/vocalist Marco Hietala: "Our work on the new album has been going with serious productive speed and comfortable ease at the same time. It's going to be great to get it out to you and play these pieces live. And with this announcement, it will obviously happen quite soon!

"Here are the dates for the North American shows. Come on over and we'll raise hell and kick some arses together!"

Longtime NIGHTWISH drummer Jukka Nevalainen is sitting out the recording sessions for the group's new CD due to health issues; Kai Hahto (WINTERSUN, SWALLOW THE SUN, TREES OF ETERNITY) has replaced him.

NIGHTWISH keyboardist and main composer Tuomas Holopainen recently spent two and half weeks in Hattula, Finland with the band's producer/crew member Tero "TeeCee" Kinnunen recording a demo of the songs that will appear on NIGHTWISH's next studio album, the first to feature Dutch singer Floor Jansen. 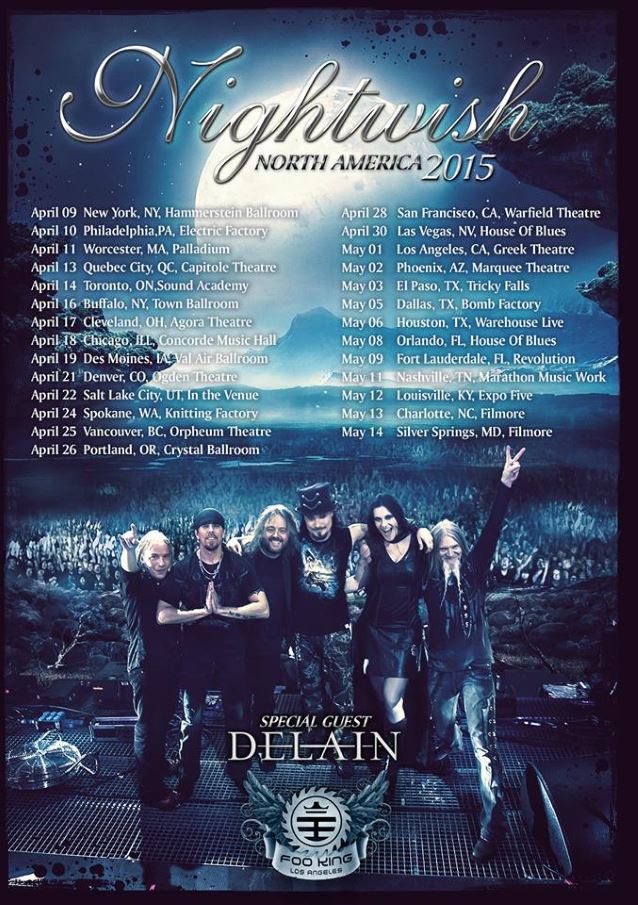