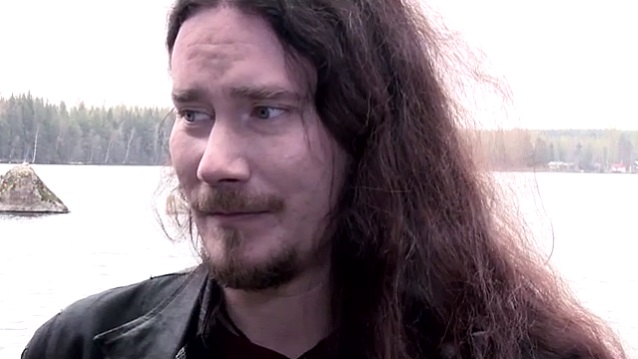 Finnish / Dutch / British symphonic metallers NIGHTWISH have released the first in a series of video clips featuring footage from the making of the band's new studio album, due in the spring of 2015 via Nuclear Blast. Check it out below.

Settled right in the middle of the beautiful wintery landscape of Eno, Finland, NIGHTWISH bandmembers and sound staff gather round the long table of "The Cabin" to discuss every aspect, relevant for the making of NIGHTWISH album No. 8, the first to feature Dutch singer Floor Jansen.

NIGHTWISH keyboardist/mainman Tuomas Holopainen recently spent two and half weeks in Hattula, Finland with the band's producer/crew member Tero "TeeCee" Kinnunen recording a demo of the songs that will appear on NIGHTWISH's next studio album.