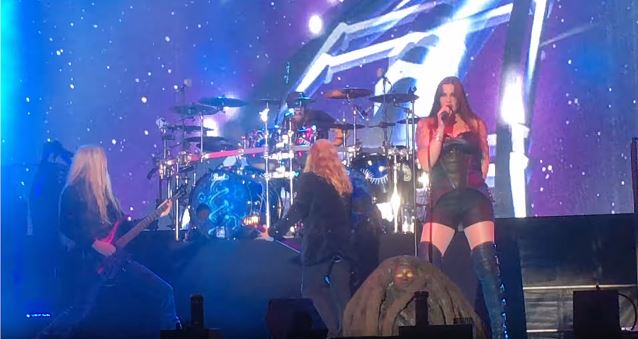 Finnish-based symphonic metallers NIGHTWISH were rejoined by drummer Jukka Nevalainen during their unofficial 20th-anniversary concert at Himos Park in Jämsä, Finland. Fan-filmed video footage of his appearance on the song "Last Ride Of The Day" can be seen below.

Nevalainen announced in August 2014 that he was taking a break from his duties as NIGHTWISH's drummer in order to deal with his health issues. He explained at the time that he had "suffered for a number of years from occasional but very difficult insomnia, something that has been my unwanted companion during many of our tours, too. I've done my best to try to control it or at least to cope with it. Still, we don't even really know why we need sleep, so unfortunately there's not much information available on why some of us suffer from sleeplessness. There is no 100% cure for the problem."

He added: "It has become evident for me that due to my insomnia, I can't fulfill my duties as a musician in the way that I'd want and with the precision that the music deserves. Thus I have decided to step aside from my duties as the drummer of NIGHTWISH. I will still be involved in managing the day-to-day affairs of the band, but the dearest and the most important thing, playing, is, for the time being, not possible. Time will tell what the future holds."

NIGHTWISH will release "Vehicle Of Spirit" on November 4. The DVD will feature the band's performance from London's Wembley Arena in the U.K., along with their show at Tampere, Finland's Ratina Stadion. 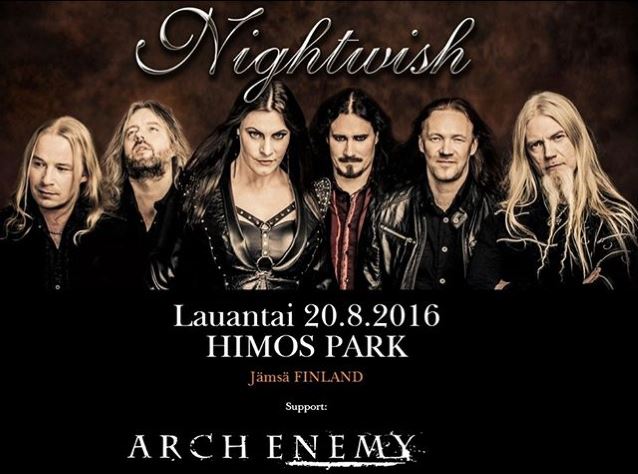