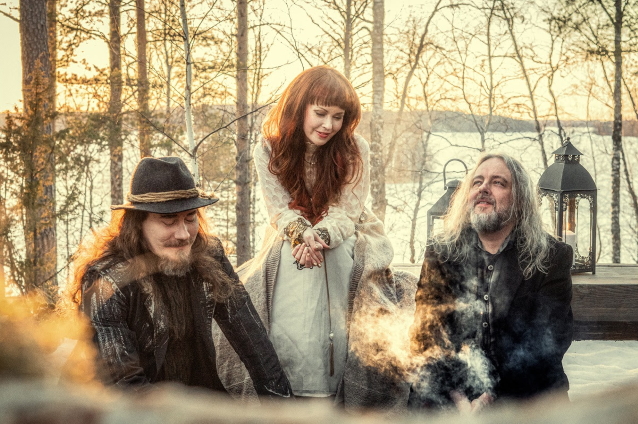 AURI, the project featuring NIGHTWISH mainman/keyboardist Tuomas Holopainen and his wife, popular Finnish singer Johanna Kurkela, will release its second album, "II - Those We Don't Speak Of", on September 3 via Nuclear Blast. The effort will be the follow-up to AURI's self-titled debut LP, which came out in March 2018 via Nuclear Blast.

The "II - Those We Don't Speak Of" cover artwork comes once again from Janne "ToxicAngel" Pitkänen and bestows in its simplicity and depth.

The official lyric video for the disc's first single, "Pearl Diving", can be seen below.

AURI began its life with three people, united through their shared need to hear a kind of a music which can't be described by words alone. The first song born of this mindset, "Aphrodite Rising", appeared in 2011.

Donockley states about "Pearl Diving": "No lifebelts needed. Where is the sea and where is the boat but more importantly, what is 'The Pearl'? How deep do we dive to find it? How was it made and how old is it? Shapeshifters and the whispering seagulls of the 12-note scale will tell us. Aweigh anchor, Away!"

With a total running time of 50 minutes, "II - Those We Don't Speak Of" consists of 10 captivating tracks:

In a 2018 interview with Dead Rhetoric, Donockley stated about AURI's formation: "It was always there for us, since 2010. We decided back then that the three of us wanted to do something together. Tuomas and I are huge fans of Johanna's voice. I had been involved in one of her albums as a guest musician, and Tuomas had written a song for her on a solo album. So the three of us realized pretty early on that we wanted to do something together, musically. It was obvious that it couldn't be like NIGHTWISH. But it was something we felt really strongly about, that we had to release this atmosphere we all felt, and were tuned into. I know that sounds fairly vague, but that's truly what it was. It was a kind of music that we wanted to get out of ourselves. We are close friends and have very similar tastes and attitudes towards life so we made our plans, but NIGHTWISH is a behemoth. We have our commitments there and we did 'Imaginaerum' and 'Endless Forms Most Beautiful' after our decision to work together on some music. As it turned out, fortune smiled on us with a sabbatical year. We decided to dive in and work on it."

Asked how he would compare the spirit/essence of AURI with that of NIGHTWISH, Donockley said: "We don't see it as very different from NIGHTWISH at all. Sonically it is, for sure. We were struggling to find a label for it, as it usually happens, so I just tossed out 'celestial metal.' So this Polish journalist said to me, 'I know what you mean about celestial metal. It's kind of heavenly music. It has the metal attitude, but without all of the electric guitars and bass.' Metal is an attitude. The metal scene — the metal fans are open-minded, as I said before. The Italian [NIGHTWISH] fan club, I did an interview with them, and this was brought up and she told me that she was a fan of DIMMU BORGIR as well as Ed Sheeran. That's it right there! So I think the NIGHTWISH connection is inevitable because of Tuomas and I are in it, so there are those elements. But I think the spirit is the same as NIGHTWISH. It does cover a lot of the same themes, it's just not obviously NIGHTWISH. It's down to the sonic side, honestly." 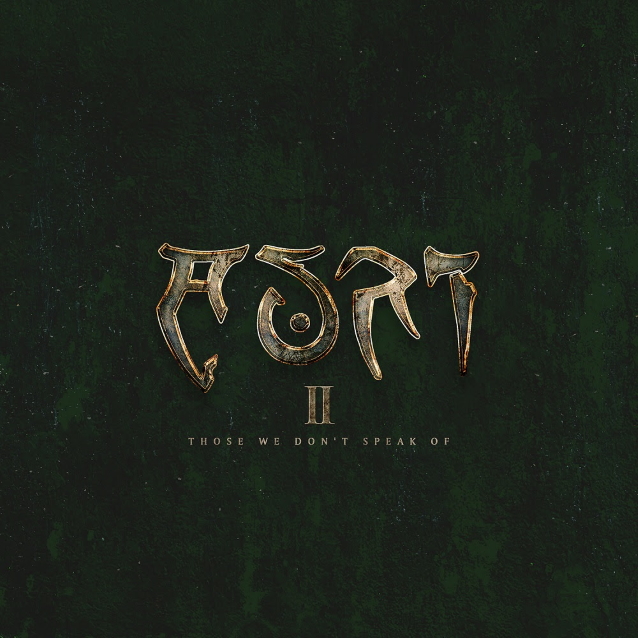