Finnish/British/Dutch symphonic metallers NIGHTWISH have tapped AMORPHIS and TURMION KÄTILÖT as the support acts on their fall 2020 European tour. 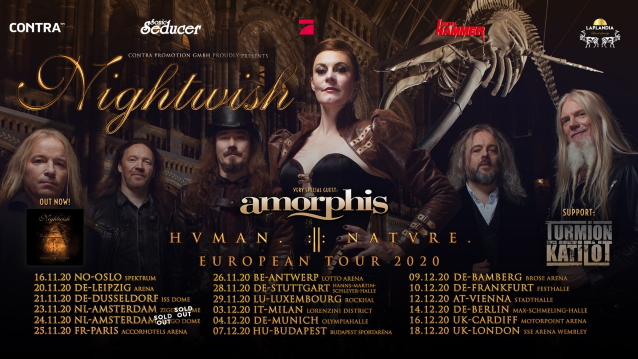